Written by Randall B. Jones 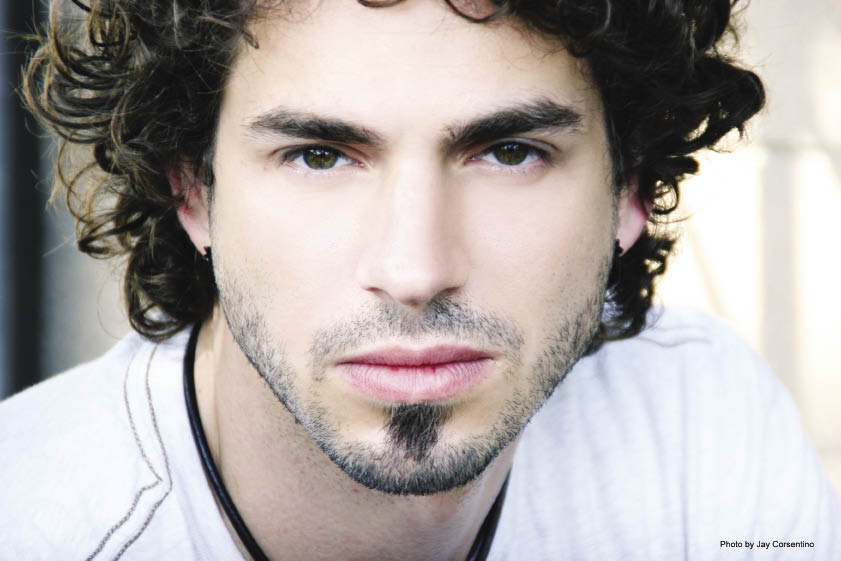 Los Angeles is home to a young man that is a multitalented artist who wants to bring change to the music industry. His name is Craig Lyons and LA hasn’t been the same since his arrival. He’s performed at the hottest clubs in the area and hypnotizes the crowd with his passionate songs. Constantly showered with praise not only for his music but for the character he posses, makes him easy to work with and highly regarded by most. Influenced by the likes of Radiohead, Aerosmith, Queen and Fiona Apple, Craig has created a sound all his own. His mesmerizing songs are truly refreshing in a music scene dominated by up-tempo club hits. His achievements include his music receiving airplay to over 100 million viewers on MTV’s The Real World and the international scene showing his work much love as well. Labeled by Clearchannel.com as “one of today’s best independent artists”, it’s time for a change for listeners everywhere and that change begins with Craig Lyons.  Read More

Los Angeles is home to a young man that is a multitalented artist who wants to bring change to the music industry. His name is Craig Lyons and LA hasn’t been the same since his arrival. He’s performed at the hottest clubs in the area and hypnotizes the crowd with his passionate songs. Constantly showered with praise not only for his music but for the character he posses, makes him easy to work with and highly regarded by most. Influenced by the likes of Radiohead, Aerosmith, Queen and Fiona Apple, Craig has created a sound all his own. His mesmerizing songs are truly refreshing in a music scene dominated by up-tempo club hits. His achievements include his music receiving airplay to over 100 million viewers on MTV’s The Real World and the international scene showing his work much love as well. Labeled by Clearchannel.com as “one of today’s best independent artists”, it’s time for a change for listeners everywhere and that change begins with Craig Lyons.

Thanks for joining us Craig. Are you a native of California? If not…where do you originally call home?

(CRAIG) My pleasure! I was raised amongst the corn in Ohio in a small town called Poland. I’ve been in LA almost two years now, and haven’t looked back.

What made you decide to pursue a career in the music industry?

(CRAIG) Both of my parents taught private music lessons when I was growing up. I’d hear drums out of my right ear and flute out of my left every day after school and on most weekends. Once I started playing and writing, there just wasn’t any other choice for me. It had to be music.

How would you describe your style of music?

(CRAIG) I try to avoid describing my music, but if I had to, I’d say it’s… acoustic-electric-organic-artistic-singer-songwriter-vibe-rock. Ha! Whew.

You are not only a singer I am told. What other talents you come equipped with?

(CRAIG) I also play guitar, piano, drums, bass and trumpet. I’ve got a fair amount of experience as a songwriter, producer, engineer, songwriter, and string arranger as well.

I’m very impressed with the fact that you self-recorded and self-produced your first (3) solo albums. What was the name of the Indie label that backed you and how was it working with them on these projects?

(CRAIG) Thanks! I did everything on my own out of necessity, to some degree. Grayscale Records in Chicago has been great to work with. They’re small, so I get the attention I need from them, and they’re super pro about distribution. They didn’t have anything to do with the making of the albums, which has its ups and downs.

I’ve read nothing but rave reviews about you and your music. How does this positive feedback make you feel?

(CRAIG) I’m not going to lie, positive feedback is really important. It’s tough to be an entrepreneur of any kind, especially in the creative world. It’s easy to wonder if you’re on the right track sometimes. Music only exists if someone wants to listen to it. It makes all the time and effort worthwhile when someone benefits from my work.

How were you able to get MTV to license your solo albums?

(CRAIG) It was kind of the other way around, actually. Bunim/Murray found me on Grayscale Records’ website through an online search for independent music, and they sent me contracts a couple days later. I was in the right place at the right time with the right material, I suppose.

What type of radio play have you received?

(CRAIG) The majority of my radio play has been college radio, and an international push that Clearchannel did for me around the time I released my second record. They were pushing ‘The Fray’ and ‘Duncan Sheik’ on the same program, it was a big honor. I also get some royalties here and there for airtime in the UK, though I’m not sure where I’m being played.

I understand that you have dominated a certain competition on garageband.com. Explain.

(CRAIG) Garageband.com can be pretty useful. It was better a couple years ago when it was more active, but it’s still helpful to get feedback. They give little awards for performances (vocals, guitars, drums, production, etc.) I’ve stacked up a few of those, which is nice since I did those songs alone! It’s great when people ask how long the band has been together. Haha…

It’s also nice to see my tunes ranking in the top percentage of thousands. They’re almost all musicians on there, so it holds some weight.

Tell me about some of the places or events you have displayed your talents.

(CRAIG) I’ve played a long list of shows in LA now, including 2 LA Music Award showcases, a resident gig in Santa Monica every other week for a year, Room5, Molly Malone’s, Genghis Cohen, and most recently a fundraiser I organized for Shriner’s Hospital at Air Conditioned in Venice. I’ve done some shows in Vegas at the House of Blues, the NAB convention, and a launch party for a youth benefit organization. And let’s not forget the dive bars and coffee shops in Ohio.

Talk about your involvement with the charity Feed333 program.

(CRAIG) Feed333 is a charity founded by Spryte Loriano to feed underprivileged children in America. My good friend Mimi Burns put together a compilation album to sell & raise money for the charity, so I was thrilled to donate the use of my song ‘California’ for the album. I’ll be continuing my benefit show efforts with Mimi this summer on a month-long tour of Northern Ireland.

What awards have you received thus far for your music?

(CRAIG) Most notably, I was nominated for a Los Angeles Music Award my first year in LA (2007), and I’m nominated again this year. I received a “producer’s choice” award from president Al Bowman at a performance showcase I did about a week ago. Quite an honor from an establishment that’s been around for 18 years, in the company of recipients like System of a Down, No Doubt, Black Eyed Peas, Hoobastank, 311, etc.

Congratulations on your recent signing with Roadside Couch Records. How did the deal come about and how do you feel about it?

(CRAIG) The deal with Roadside Couch came about through a good introduction from my previous manager, who was with BMG. Roadside Couch is a branch of Universal which was formerly BMG, hence the introduction. RCR is headed up by Ken Nelson in Dallas who is now a good friend. I’m very excited to be working with them.

You also recently released your third album entitled “Goodbye You”. What does this album have in store for the listeners?

(CRAIG) ‘Goodbye You’, put simply, is a departure. It’s somewhat auto-biographical, taking the listener through the experience of an artist quitting the day job, surviving a heartbreaking experience with a record deal gone bad, the loss of a loved one, and finally moving to LA to follow a dream. Writing this album got me through some tough times, and it means a lot to me when it helps inspire other people.

How does this latest installment differ from the previous two?

(CRAIG) The first record was largely experimental, cutting my teeth on songwriting, performing, producing, and engineering. I can’t bring myself to listen to it anymore, but I’m still proud of it. The second record called “Equilibrium Theory Vols. I & II” is also an experiment. It’s a double EP with half heartfelt songs that are important to me, and half that are more intentional and accessible. The response went basically as expected. I’d like to do Vols. III & IV when I get some extra time. I’m still fond of the balance concept of that record.

I don’t want to leave out mentioning your backup band. Give me their names and roles.

(CRAIG) This is my favorite part of the interview! Here they are, in order of time with the band.

Eric Sampson – my right-hand man. He’s a killer singer and guitar player. I don’t leave home without him. Gregg Cash – A wicked metal bass player with shockingly sensitive and sophisticated capability. Daniel McMains – Another great guitar player with really creative ideas that drastically improve the sound of the band. Ian Brumbaugh – The drummer who’s only been around for one rehearsal and two gigs so far, but you wouldn’t know it. He sounds like he’s been a part of the band from the start. I’d like to point out that I just started my new record last night, and these guys are going to play on it. Daniel is going to help produce it as well. This will be the first time I use other players.

What has been the most gratifying experience of your career thus far?

(CRAIG) Anytime someone really gets something important out of a song or a performance and shares that with me. That’s what’s really great about a music career. It’s beneficial by default if you’re speaking from the heart.

How can the readers find out more about you and your music?

(CRAIG) The most up-to-date information is usually on my myspace page at www.myspace.com/craiglyons. I’d like people to feel free to reach out to me directly at This email address is being protected from spambots. You need JavaScript enabled to view it. as well. The music is available on iTunes, emusic, rhapsody, etc. and also at grayscalerecords.com. Hard copies of CDs are only available at shows.

(CRAIG) I’d like to thank Nine5Four The Magazine for the interview, and encourage the readers to help spread the word about this magazine and my music. At the independent level, we depend on word-of-mouth promotion. It makes a huge difference! 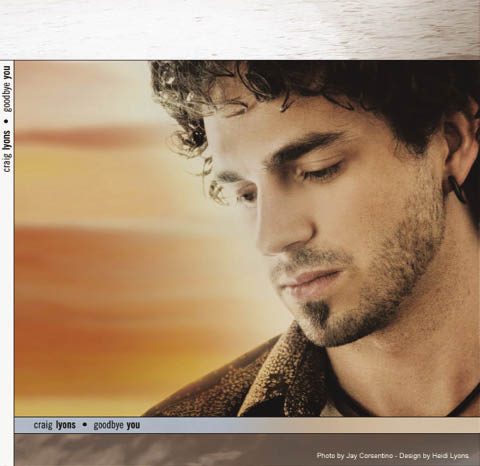 Tweet
More in this category: « Ben G. AudioCrash »
back to top
Current Issue