Voice of the City: Novaking 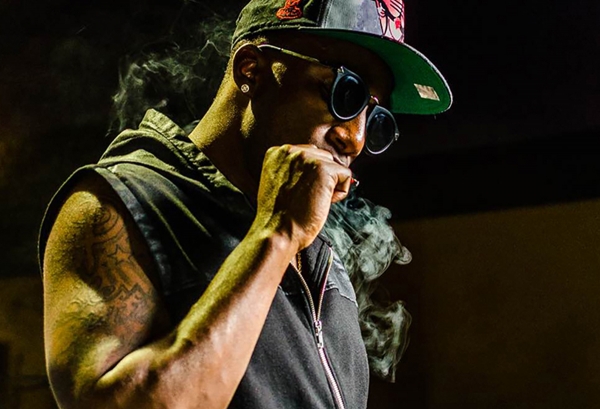 Novaking has been putting in work in the industry for a long time. He has written hits and laid classic hooks for some of your favorite artist, his melodic hooks have made him a legend in the South Florida music scene. There are very few artist that can do it all: from songwriting, beat making, rapping, singing and engineering. He keeps the streets on fire with his remixes and original tracks but now he is ready introduce himself to the world as he preps for his debut album. I got a chance to sit with him to find out who the man was behind the million dollar voice.

How did you get the name NovaKing?
I got my name in high school. My name use to be “Casanova”, as I got older I cut the casa off and kept nova. The king shit came later.

How did you get your start in music?
I use to be in an acappella group that traveled the country and when everyone separated I started my own thing.

You sing, rap and make beats. What made you want to be so versatile?
I'm a control freak when it comes to the music. I wanted to be able to do everything on my own. Control the overall sound. The Producer may not play the chords I want to hear, or rap the lines I want you to hear.

What producers made you want to start making beats?
Timbaland, Dr Dre, and now 40

What equipment do you use when making your tracks?
I use the MPC Renaissance, and other programs I don’t want to say, it’s a Secret.

I heard you engineer too. Is that true?
Yes I do, I learn from the great Remy J out of Broward County Florida. I was tired of spending my money dealing with whack ass engineers. They didn’t put feeling and effort to my madness.

You have been making noise in the game for quite sometime. How have you been able to stay so consistent?
Music is all I know; I eat sleep and breath music. Sounds like something everyone says but it's the truth. I do a hell of a lot of features. That's how I stay consistent.

Many people compare your sound to Bruno Mars and Jermih how do you feel about those comparisons?
I have heard that before, the “ghetto Bruno” lol. I think that's a good compliment, because those two are pretty good artist. I just want to make a name for myself just like they did.

You and epidemic have collaborated on some amazing records. How did that relationship start?
Well we use to be under the same label, with the strictly business family. Black dada linked use together thought we could do business together. Work on a few records and noticed how the music chemistry was impeccable. We became brothers out of the music and been friends since.

What is your recording process like? What are things you need in the studio to get in your vibe?
You know the usual. Hennessey and Treez. Good vibes and let's go! Sometimes I have my niggas in the room or just me and a beautiful lady. Anything that can give me inspiration I guess.

How would you describe your sound in one word?
Futuristic

You have been traveling and performing all over the country. What city has showed you the most love so far?
Puerto Rico! Everyone knew who I was as soon when I got off the plane. We were number one on the charts that year. Our single “Feeling myself” was buzzing out there. Awesome feeling!

When are we going to finally get that sky miles project man?
This summer, I just didn't want to put out something that know one asked for. Now that I have that platform, I'm ready.

You recently inked a deal with outbreak media group. What made you sign with them?
Out Break is family! I get to be creative, be myself, and the chemistry is crazy. Everyone on the team is great at their position.

Are you still pushing Fly Guy music group as the imprint?
Yes I am, it's tatted on my chest to remind me of the goal. Fly guy music group is going to be epic! I got Spaceship P out of Houston, I got Buck Nasty, Ocho Cinco aka “100k”. The Fly Guy music team is on the rise.

You do features for established artist and upcoming artist I think that’s dope. What makes you stay so connected to the upcoming artist?
I stay connect cause there new waves. New sound, you have to know how to adjust to time. Or you will be left behind.

Who are some upcoming artists that you like at the moment?
This could take all day! Locally I like @Castle, @smookdamadman, @clvssicgold @kolyon @jrevenue @kodakblack @foreign_fls. My industry list includes: J cole, Big krit, Drake, Jay electronica, Ty Dolla $ign, Andre 3000, Jill Scott, and the list can go forever.

You are always repping Broward County and Pompano every chance you get. How important is it for you to rep for your city? It's important because I'm proud of my city. Who would want to be known to put your city on the map?
South Florida has a lot of talent.

Why do you think artist can't come together like other cities?
I think its because we are very competitive. Everyone is a boss or wants to be a boss. Every DJ has an artist or the DJ himself is an artist. It's crazy out here.

You have been heating up the streets with some dope freestyles. Your freestyles sound better than the songs. How do you decide what beats to get on?
Every song that I get on I wish it were mine. So I murk it like it was. Change up a few things so it doesn’t sound too much like the original. Feel me?

Your snap chat he live man. Looks like you be having a lot of fun. How has social media allowed you to connect more with the people?
Actually I'm having a hard time to get people to tune in. They rather watch what I do than to hit the like button. So I try to have fun and hope they won't hate lol.

What can we expect from you in the future?
I got a solo project coming late this summer. I’m also releasing a big single soon call "know my name" and "Hashtag". Stay tune...

Do you have any final words or shout outs?
Yeah man shot out to you guys man, I've watched you guys grow as a company. Nine5four reps the city I reside. U guys are the perfect examples of the word hustle!