TAY G: Man on a Mission 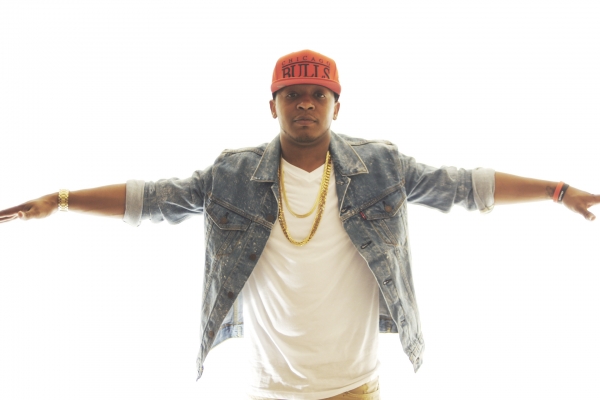 Born and raised on the south side of Chicago, Tay has seen the things that seems to have become the prerequisite to any budding rap career. Unlike many of his colleagues it as not become the sole base to his music. "I'm influenced by the world around me, both good and bad, and the people I live it with. I tell my story....I tell their story....I tell our story”. Moving from the inner city to the suburbs proved to be most pivotal in the development of "TAY" the artist. "After learning all that I have growing up in the city, I like to believe that I became street smart, moving to the 'burbs when I was 15 made me culturally aware....before that move the only time we seen white people were if they were the police or paramedics, and naturally that was usually after someone had been shot". Tay credits his mom’s decision to move them to the northern suburbs of Chicago as the "moment of clarity". He began to understand other races and cultures, while further educating himself and becoming a well-rounded individual who happens to enjoy making music. Applying what he learned as an inner city kid with the knowledge he gained living in the suburbs, he started making music that appealed to a vast demographic. Taking his love of music and performance down to Miami, he then gained even more insight to culture outside of the Chicago land area and uses that to his advantage. "I sometimes feel like Dwayne Wade must have or might have felt, he's a chi-town kid through and through, Chicago made him a man, but Miami made him a legend. I feel like I am traveling the same path as Dwayne, Miami is where I’m going to get my ring, but Chicago is where my ring will be displayed...so while Dwayne is a legend, I’m more of a '(L)egend (I)n (T)raining' now let’s get LIT" Tay often ends his statements with witty "quips" and "puns" so naturally one would find those same elements in his music. "music should evoke emotion, whether it be happy, sad, funny, serious, whatever it is one should feel it, it should immediately make them feel a certain way, it should connect with them instantly...it should take you on a trip the 1st time you hear it, then back to a familiar place the last time you hear it, that's what I strive to do with OUR music, I feel as though my words are valuable, but the meaning behind them are invaluable" His extensive, witty and original catalog is sure to entertain, and bring in fans from all walks of life. Whatever you’re looking for in your hip-hop music Tay will surely provide that and more.

More in this category: « Tag: Young Visionary Supa: Prince of the Yayo »
back to top
Current Issue