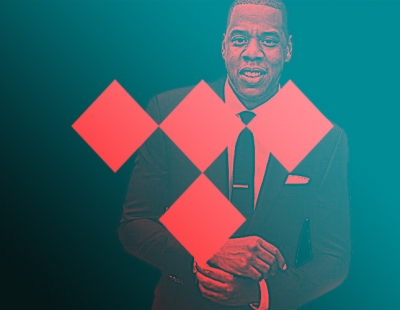 Twelve hours have past since Jay Z formally relaunched Swedish-based Aspiro’s streaming service (a.k.a. Tidal) after tipping his 56 million dollar hat in the digital streaming arena. An arena that is dominated by mega giants like Spotify and Apple who owes its shareholders and enthusiasts an explanation of their plans with newly acquired partner in Beats music in coming months. So what will separate them from the pack?

Back For the First Time

After dipping his toes in the digital space by releasing his Magna Carta Holy Grail, Hovito gained some invaluable jewels. Not only did he go platinum before one bar was heard, but he showed the interest he could garner by releasing exclusive content on an app. An app by the way, I’m willing to bet dollars to donuts nobody reading this entry actively uses after downloading the project. No shots Samsung.

This means he’s tested for lack of a better word. This also means that with the bevy of talent that Jigga oversees by way of his Roc Nation sports agency or music division, he has a channel that he can exclusively funnel in content to at any given moment.

In a world where music and picture quality isn’t worth its replay value unless it’s perfection – Tidal boasts to have an immediate leg up on the competition. In what now seems archaic to users who have to painstakingly deal with choppy sound, Tidal promises to deliver a higher quality sound.

Needless to say, Jay Z is the benchmark of excellence for artists who want to be respected musically as well as inside the boardroom. To provide a service by the artists for the artists fills a gap of would-be artists who would gravitate to the service off theory alone.

In a phoner interview with The New York Times Hov remarked “Water is free. Music is $6 but no one wants to pay for music. You should drink free water from the tap — it’s a beautiful thing. And if you want to hear the most beautiful song, then support the artist.”

When in doubt, call the homies to slide through. If Jay isn’t your taste in a representative for a music service, bringing just about every major figurehead will cater to somebody. Especially by mentioning that each playlist is “professionally curated” by the company’s partners will draw curious minds.

The possibilities for this new service are endless and while I won’t count on this to do serious damage just yet, Jay definitely seems to be changing the game.