JIMI X TALKS ABOUT HIS LATEST PROJECTS AND VENTURES 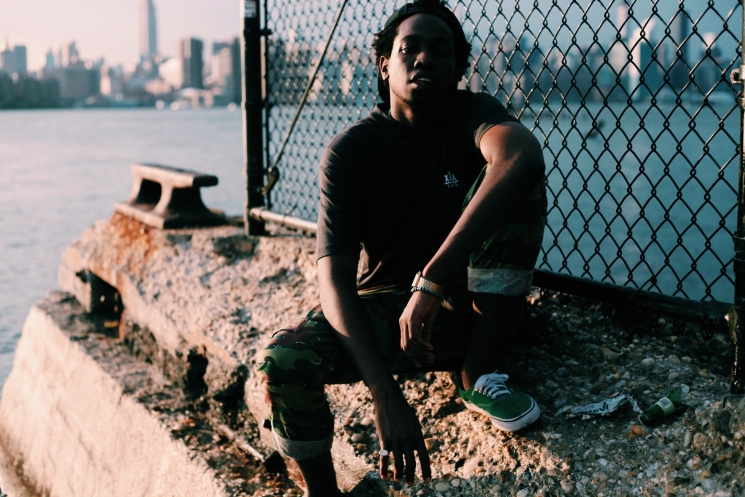 Last time we spoke your name was Jimmy Billions and now its Jimi X. what inspired the name change?
I want to start first by thanking you and the Nine5Four family for another feature, always showing love, word. But anyway, honestly, no real reason. Me growing as an artist has had the biggest  influence on most of the shit I've been doing. "JIMI" comes from years of me watching my uncle/mentor play his bass under a poster of Jimi Hendrix, I capitalized it just because. The "x" itself represents the unknown. Because my real name is Shaq no one ever gets it, so they inquire about the music. That's all that's important anyhow.

I know that you dropped an EP called the gallery, tell us what inspired the project?
Women and my pops. My father died right around the time I started working on it, those emotions bled into songs like "Hashish" and "Talk About It". We didn't have the best relationship, actually when he died we haven't even spoken for over a year. It was over something stupid too yo which sucks. Love my pops though and he help make for some great concepts so it is what it be. The other 4 records were about girl problems  and shit. Those are probably the more relatable songs.

What has the feedback been ?
Whoever's heard it loved it, no negative feedback at all. What'd you guys think?

I think the tape is dope and you are starting to find your sound as an artist... I can really hear the growth in your music and your content, tell us about that process?
I cut a bunch of distractions out of my life, the road's a little less foggy now. I'm also working more around concepts as apposed to raw rap shit, which is different but fun.

What new opportunities have come your way since we last spoke?
USEDTOBERICH.COM. Other than that, I've just been meeting people, trading contacts, the regular. I spent some time recording at the Warner Chapel office with A&R Eric Mclellan, as well as producer DKAD and of course Epic B. Met some talent while we were there too so that was dope. I also linked up with this clothing brand, VerumNYC. They sponsor the SnapBack you see in a lot of my newer photos/visuals which is amazing. I've been vibing on some creative shit lately so you can potentially see some Verum shit designed by your boy. VerumNYC.com check em out.

What is the most important thing you learned so far along your journey?
Off hand, build on the foundation you started. People always want to add/take away from what you've built, especially if it's dope, they want to be able to say they were a part of it. I got hella more gems on the topic but that's definitely one of the top.

Are you working with the same producers and engineers?
In terms of producers, without a doubt, can't disrupt the foundation fam. We've expanded though of course, forming a creative umbrella called "4091 Future" which consist of artists and producers. Lately though I've been engineering myself, even recording outside clients. What's ironic is I'm the only "certified" engineer in the crew, a lot of people don't know that. I fuck with the big mixing boards and shit.

Talk to us about your latest Video united?
"UNTITLED" produced by my dude Kaha Timoti. He's a part of the 4091 family, awesome talent from New Zealand actually. As far as the video, there was no real concept behind it. I really just called Epic one morning and told him I had some locations.

What inspired you to right that song? And why the name untitled?
Frustration yo. Spoke about my pops again and a little bit about some shit I was dealing with at the time. I called it "UNTITLED" because I didn't know what to name it.

I see that you launched a new website?
USEDTOBERICH.COM

Tell us about the usedtoberich movement?
It's a reminder to myself actually. Health, knowledge and wealth are what we came from, we're just trying to reattain.

What Projects should we be on the look out for?
DL "GALLERY" on USEDTOBERICH.COM. Epic B just dropped "Digital Scrolls" on soundcloud.com/4091Future. And I got some surprises going up on the site as well. Rest of the crew got next.

Do you have any final words for the people?
Brooklyn in this again!

More in this category: « GET OUT AND VOTE: JUST SAY KNOW TO CANNABIS! MIAMI'S OWN ORION SITS DOWN WITH NINE5FOUR MAGAZINE: ALL THINGS HIP HOP »
back to top
Current Issue