TAKING R&B TO THE NEXT LEVEL: RnB SANGA

Written by PRINCE OF THE CITY 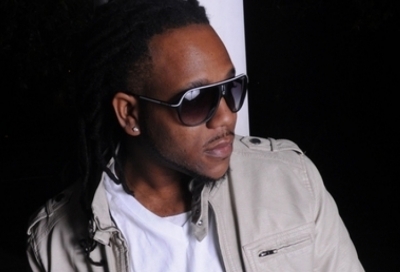 Duval County has been producing talent for years and Rand B Sanga is the next in line to carry on tradition. He has been on his grind for years from killing shows, mixtapes, and dropping hit records. R and B has plans to be in the game for years to come!

Let our readers know who you are and where you from?
If you don’t know who it is, you will after this interview. Mr. Takeover AKA your girl loves me.  Let me stop playing. Hello, my name is “Rnb Sanga”. What up 954 I’m originally from Dade County, but I was just born there. Got some family that lives there as well, but I must say it loud - DDDDDDDDDuuuuuvvvaaaallllllllllLLLL HAHA Jacksonville, FL AKA The Bangem that’s city I became me. Oh yeah s/o to Palatka, FL I lived there too

How long have you been doing music?
Since I was 6. I started in the church

Who were some of your favorite musicians growing up?
Donnel Jones, R Kelly, Jagged Edge, Jodeci , Dru Hill and my cousin Tony King he used to kill it in church lol

At what point did you realize you had the talent to make music a career?
When I made “Vickie’s” at my homies Life Studio at that moment I knew what a hit felt like. Then I heard it on Easy E on 93.3 the beat and I got a crazy response I was hooked instantly. Before that I used to be in a singing group called Quiet Storm we almost made it tho.

How did you get the name R&b Sanga?
That night I made “vickies”, I was like, I’m from the south we don’t sing “WE SANG” lol and I wanted to bring back 90’s R&b- that baby making music. I was like yeah Rnb Sanga okay people are going to think I am crazy but they won’t forget my name (chuckle time ha-ha)

You have been putting in a lot of work in the game, what inspires you to keep pushing?
Watching your dreams come true is an incredible, and amazing. There is some people that gave a lot of motivation to me like family, the people I love that’s not blood but are MY FAMILY too. I gotta do it for them I have put them thru so much.

You and TY$ have a similar look and style. Do you get that a lot?
Honestly I never had that comparison until now. I like his songs they are dope

How would you describe your musical style?
Bipolar I would say cuz I can make a love record and trap record all in the same session. I swear when the music plays It just takes me somewhere and I just go with what I feel it’s a like a drug.

What do you think separates you from other artist in the game?
I just sang chuckle time ha-ha I crack myself up sometimes. I look at music as how can I become legendary I am not thinking about the short term. I want to be a writer as well. My ambition is incredible; relentless I just don’t believe in giving up.

What is your writing process like when recording a song?
Just press record and I let whatever on my mind comes out and the secret vibe I can’t disclose you just got to be there.

What are something’s that have to be in the studio to get you in the right vibe?
That’s the secret I am not that easy Geesh

If you could collaborate with any artist or producer dead or alive who would it be?
R Kelly Tupac Biggie jay z Timberland Jermaine Dupri Rick Ross Wayne Drake and The Five Heartbeat I just wish I could been one of the back singers lol I cant forget about MJ rip oh yeah Nikki

Is there a song that has come out that made you say damn I wish i had that record?
Yeah 12 play by R Kelly I would be king of baby making lol

Do you write for other artist as well?
Yes all the time I love it

Who have been some of your favorite artist or producers to work with?
Mactrakz Mgeezy Menace tj beatz jay frost young cash T-rone Yung trap Atozzio

What is the music scene like in Duval?
Growing superfast I am so happy with my city right now. You got to come check us out

I see you put a lot of working on the promotion of your music. How important has it been to your success?
That’s the only way to make it in this game you have to be known, without promo you are dead in this industry. So I am grateful for opportunities like this thank you Nine5four!

Your new single Champagne (toast) is getting a huge buzz. Tell us about the record?
All man that record is crazy good!. It makes you want to party and dance at the same time. This song will have a lot of people drunk lets make a toast 2 dat lol. I got to take my hat off to “Mactrakz he went in on the production.

Have you been approached by any labels?
Yes I have

What projects should we be on the look out for?
My next album its called Caves 2 Mansions this will be such a beautiful project it will be my life in detail. My love story how I finally feel in love

How can fans or promoters get in contact with you?
You can find me everywhere especially in Nine5four magazine

Do you have any final words?
Just want to thank God for blessing me to even be in the position. Never give up believe in your dreams
S/o to my family and family Grassroots Music, and my team

Last modified on Wednesday, 13 July 2016 15:14
Tweet
More in this category: « How Jay Z’s Tidal Can Make Waves GET OUT AND VOTE: JUST SAY KNOW TO CANNABIS! »
back to top
Current Issue