Written by Jason "Prince of the city" Prince 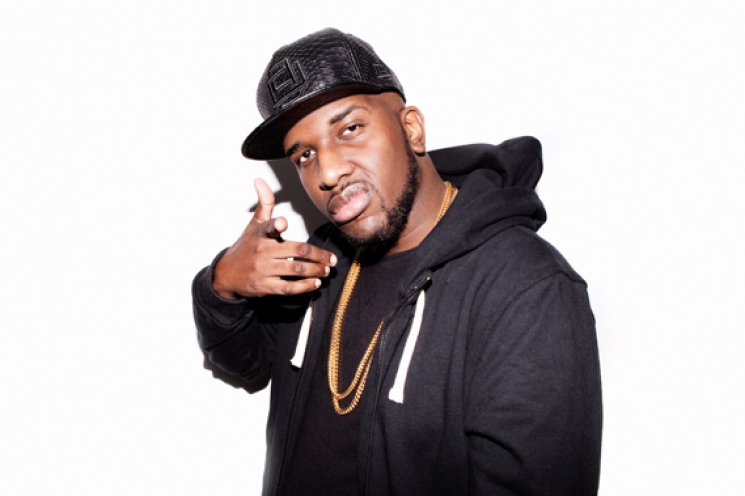 DJ Screams fourth coming album on MMG/Atlantic is entitled "Hunger Pains", I think this is a fitting tile for Scream and kind paints the picture for his career. I got a chance to have an in depth convo with scream; I learned a lot about him as a man and what fuels him.  If you are not familiar with scream you are familiar with his legendary mixtapes; For the past decade, he has broken some of the biggest artist in the game from 2 Chainz, Juicy J, Soulja Boy, Snoop Dogg, Young Jeezy, Gucci Mane wacka Flocka, Future and more. You can’t go in any hood without hearing that legendary “Hood Rich” drop blaring out of cars. DJ Scream has proven himself to be a jack-of-all-trades and master of them all. From Mixtapes, radio, marketing company, and albums he has proven himself to be one of the hardest working people in the music business today, and has no signs of letting his foot off the gas!

Tell me about your new single always? “Always” is the new single off my debut album Produced by MPC Cartel featuring some of the hottest new talent in the game Tracy T and Que, as well as Gunplay and Wacka Flocka. “Always” is that summer anthem for the streets! If you look at my track record I always like to feed the streets with them bangers going back to ratchet superior project.

What are the main differences between making a mixtape project and making an album? Well as far as mixtapes you kind of release it to the under world and an album there is more of a business process in place.  The creative approach is always the same because I’m always trying to put out the best possible product. The business and strategy play just as big a role when dealing with albums.

I know that you broke a lot of artist in the past, are you looking to sign any artist at the moment? At the moment we are mainly looking for producers, we have some excellent producers on the roster now like Childish majors who produced "Ueno it" for Rocko and of course my partner DJ Spinz who made "Cashing Out" for Cashout. Thst has been the main focus, but I mean we are always looking for artist. We just want an artist that has longevity and is focused on the marathon not the sprint. I mean you have artist now who are hot in February and gone in July. We definitely have our eyes on some people, but we are just trying to build an empire with talented writers and producers.

How has the experience with Ross and The MMG camp helped or influenced you? Shout out to the homie Ross! My approach to business and my approach to making music is different man. Ross is definitely a Master mind of things he does. He has a different approach, he doesn’t take the traditional approach in anything he does weather its the music, marketing, or his business ventures. Honestly before meeting Ross I never thought somebody could work harder than me, so now in my eyes I’m lazy but to everybody else I work like a maniac LOL. He made me really have to get on my shit.

What do you Think Atlanta has that allows so many artists to blow up? It’s in the water man! Lol, it’s about making the music that makes people happy. Our scene is very party oriented. Atlanta is an atmosphere that provides that feel good music. If you take Kendrick Lamar for example, as great of a lyricist as he is it took record like "Swimming pools" to take him to the next level. The exact could be said about School Boy Q "Studio" is a big record. It goes to show you again that “the feel good “party record will always take you to over the top.

You have been dropping tapes for a while when did you know you could do this as a career and not just a hobby? I would say it came in college; I always had party skills even before my tapes. To be honest it came to a point when Deejaying became primary and college became secondary. I just remember my friends complaining about working 9-5s and I knew I didn't want to do that so I just put my all into the music. There was a lot of competition in the city as far as Deejaying in the clubs, so I just took it to the streets by dropping mixtapes and from there it took off.

How has the game changed since you first came in? I think the main thing is the technology there is so many different ways to market promote and get your campaign out. Social media plays a big role in the success of artist today. The down fall of that is that there is no more face to face, I feel that street artist should be in the streets face to face with there audience. There just has to be more of a balance in my opinion. You have to go out and connect with the people as far as shaking hands, taking pictures, and being accessible; that’s how you build a real fan base.

What would you have done differently if you could do it all over? I am very happy with my experience and my brand so I cant really say I would necessarily do anything different, but I would probably take more risk, Not doing anything to jeopardize by image kind of risk lol, but just take it to the highest possible level.

What can we expect from your album as opposed to other DJ albums we have heard in the past? It’s an album that blends artist I have worked with in the past like a Waka Flocka with some of the new artist in the game like Que, and Tracy T. The artists on the album are artist that I respect and have a personal relationship with. Its not going to be and filler records or freestyles I got the best possible verses from all artist involved. Being that I have that bond with them I can say hey man you can go harder, or give my honest opinion. “Hunger pains” is the album I've been working towards my whole life; it will have a lot of the street bangers that fans are used to from my previous projects.

Speak more about the relationships you have? I like to make everything genuine. So once we build that relationship we know that we are giving each other our best. I like to keep everything organic. It makes the music more believable. If you remember the classic song “Walk This way by RUN DMC and Aero Smith; They were actually in the studio together building a vibe and building those organic relationships.

You have done pretty much all there is to do from mixtapes, touring, radio, to now an album, most people would be content. What keeps you motivated? I just want to continue to push the culture forward and build a quality brand like an MMG, Cash money, a Grand hustle and all the other great companies. I’m all about breaking new artist and building careers. I want everybody in my camp to be successful and reach his or her goals.

Last modified on Thursday, 05 March 2015 10:22
Tweet
More in this category: « Caskey: killing the competition with consistency New kid on the Block: Personal FX Clothing »
back to top
Current Issue