Caskey: killing the competition with consistency

Written by Jason "Prince Of The City" Prince 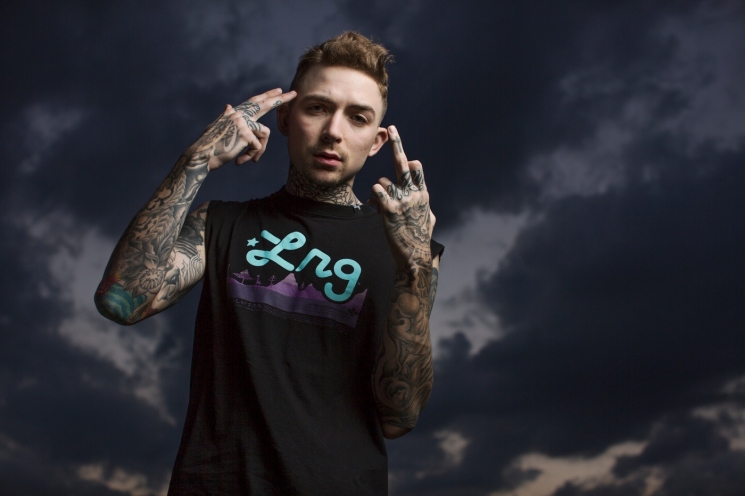 Orlando is the number one Tourist destination in the world, but beneath the surface there is thriving a hip-hop scene. Cash Money artist Caskey is one of the artist leading the charge to make the city known as O-Town musically relevant. Caskey emerged on the scene with a string of critically acclaimed mix-tapes, and jaw-dropping freestyles that eventually got the attention of Cash money Capo Birdman. Caskey brings a unique combination of razor sharp lyrics and an undeniable flow. I got a chance to sit down with the young emcee to learn more about his past and his plans for the future.

We’ve been following your career for a while Fam, thanks for the Interview.  No, Thank You.

Let our readers Know who you are and where you’re from? My name is Caskey and I'm from central FL.

I read that you didn't start rapping until high school. What kind of music were you into before hip-hop? I was into all kinds of stuff but a lot of metal and hardcore music. Really heavy shit.

Orlando isn't really known for hip-hop. How would you describe the rap scene? We have a lot of great artists here in Orlando. It’s a diverse scene, but the street shit is the best here in my opinion.

I know that you put a string of successful Mix-tapes, did you ever think they would take off the way they did? I had a lot of faith in the quality of the music; they still haven't hit their plateau.

Florida is a hard state to blow up in, what do you think separates you from the rest of the pack? My mind has always had me making music and living off of it as like a weird background thought that's always there. I just feel like I was meant to do this sort of thing. I have my things that make me unique too but yea.

You and the Avengerz created a dope sound; can we expect any more production from them? Of course, we always working.

Every freestyle or video you drop gets crazy views. How important is that for you to keep feeding the streets? It’s important to keep your name relevant and your fans happy. We have much more coming!

How did you get discovered and signed to Cash Money? Birdman found me on Youtube and the rest was history.

Who were some of your early influences when you were coming up?   I would have to say Nas, but every lyrical artist and creative person showed me the light in some form or another.

At what point did you realize, that you could do this rap thing for real? The first time I knew was the first couple times me and the "Avengerz" were in the studio. It all just clicked, like OK this sound is really forming.

You are a very lyrical artist, most south artist don't always focus on rhymes. What made that a priority to you? As an artist you have to prove yourself lyrically first, and let the swag come later... once people like you.  They believe you.

What has been the best advice that you have received so far? MAKE MORE MUSIC!

You put on a dope live show, how important is it for you to entertain your fans? It's just important to being a real artist. The studio is one thing; the stage is a whole nother beast.

You have a very loyal cult like fan base, talk to us about your fans? My fans are the shit! They see something big in the music.

Does it bother you when people try to box you in the "white rapper" title? Na f*ck em.

How’s the vibe with the other Cash Money and Young Money members? Everyone in Cash Money is real cool and treats you like family. Bird is the man.

On your latest mix-tape you have quite a few dope features. Who has been some of your favorite collaborations?
My record "Rittz" was really motivating to me and, my record with "Kells". I also love working with my brothers in "KPE" here at home. We always make the best stuff together.

When can we get that album, and do you have a title? I have a great title I'm not releasing yet. Hoping to drop the album by the beginning of next year. (We have the music)

What projects should we be on the look out for? You can expect my debut album, a mix-tape and a lot of videos

If you can collaborate with any artist dead or alive... who would it be? Sade

Any Final shout outs?
Shouts out to the universe!

More in this category: DJ Scream: Long live the Hustle »
back to top
Current Issue