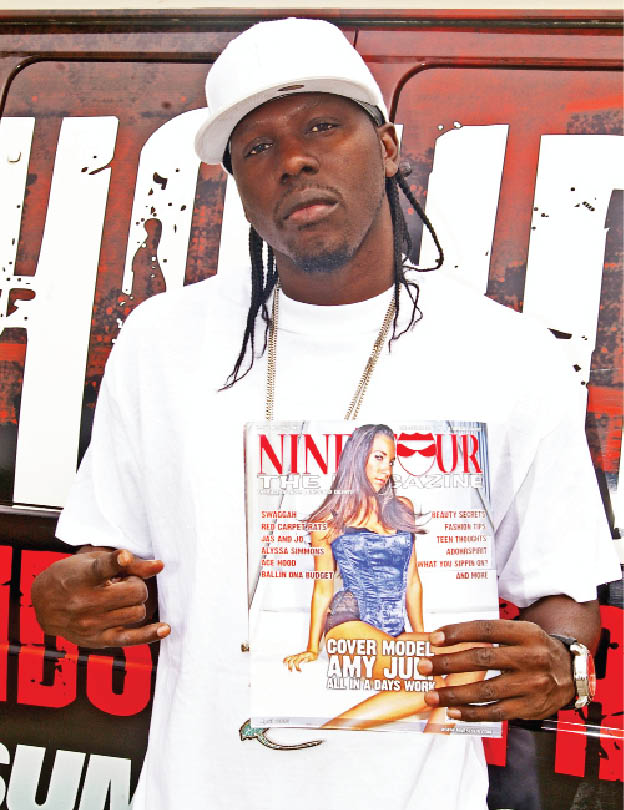 Joe Hound has been on the music scene since the early 90’s. Now as the lead artist on Cool and Dre’s Label Epidemic, Joe plans to continue doing what he does best, making music. For almost a decade and half, Hound has built his name up as one of the deadliest MCs in Miami’s underground circuit. He’s rubbed shoulders all the city’s greats such as Rick Ross and Trick Daddy during his ascension up the ranks, but never quite got his proper chance to shine until now.

So how did you get your last name Hound?

I don’t even know, the rap name Hound was popular in Miami back in the days, sort of like how the name “Young” is popular within rap circles these days. “At one point in time, every camp had a ‘Hound.’ You had ‘Cooter Hound,’ ‘T-Hound.’ In Miami alone, it’s about three Joe Hounds. People started calling me ‘Joe Hound.’ It was the in thing at the time. Its still the in thing. I’ve been Joe Hound for like 13 years now.”

How did you hook up with Cool and Dre?

I was Friends with Dre since Junior High school, we all attended North Miami High school together and we three formed a musical alliance and actually recorded an independent album together in 1998 called Stressed Out, Lost and Confused.

How did that album turn out?

It was a good album, but the company I was with at the time went under. The first album, we was so young, you automatically thought it was going to take off. Everybody was loving the music, it was at an all-time high at the time. We was all just doing the music and it was like damn. We didn’t have a chance as far as creative control, on the album, we didn’t have a chance to do it because the guy who was running the company he wasn’t really giving us the opportunity. He wasn’t taking our ideas. We’d be like ‘we should go this route,” he’d be like ‘nah man, I’mma go that route.’ He wasn’t listening to us, so we watched that album go down the drain. It was just misery from that point on.

So what album are you working on now?

Why the gloomy title?

Well, you know the misery part. In the late 90’s the Miami scene wasn’t that big. Trick Daddy was big, but it wasn’t too many others. There was little hope to get on. Any time somebody from Miami used to come up to me and say ‘I’m trying to do this music,’ I would be like ‘join the company. That’s exactly how I feel.’ It was miserable. We didn’t have the internet at that time. The local radio stations wasn’t giving us no love… Just those recollections inspired me to name the album Misery Loves Company.

Give us some of the tracks on the album.

The initial offering, “My Chopper,” features C-Ride and has wreaked havoc in the Miami streets for weeks now. It’s a riotous romp where survival is key. It’s the street leaker off the album. Dre wrote the hook, I heard the hook, I was like ‘oh yeah. That’s gangster, we loving it.’ You know how everybody down here is always screaming, ‘I got a chopper, I got chopper’? Dre is like ‘I got a chopper in the Chevy, chopper in the magnum.’ We’re talking about AK-47s. Then there’s “She Wanna Know,” which follows in the tradition of Cool and Dre’s patented classics that are practically to tear the walls off any club.

She wanna know... I don’t get it. What does that mean?

You might be anywhere and see a group of females, and one of them starts staring you down. You be like ‘oh boy, she wanna know,’”. “Or if every girl on the team is looking, its like ‘oh boy, they wanna know.’ They wanna know about who I am and what I’m about. We got another joint called ‘Connect Boy.’ That’s the lead single off the album. ‘Connect Boy’ is a an incredible record. Three incredible verses. Everybody in every city across the country, you need a connect. You doing dope, you need a connect to get that work. You ain’t trying to pay that Direct TV bill, you need a connect to get that crooked cable. Everybody always need some kind of connect. Basically, the song is ‘I’m the connect boy./ Whatever you need, I’m the connect you need to holla at.’”

Any words of wisdom to offer our readers and up and coming talent?

In this game, its important to have patience and loyalty or you are not going to make it!