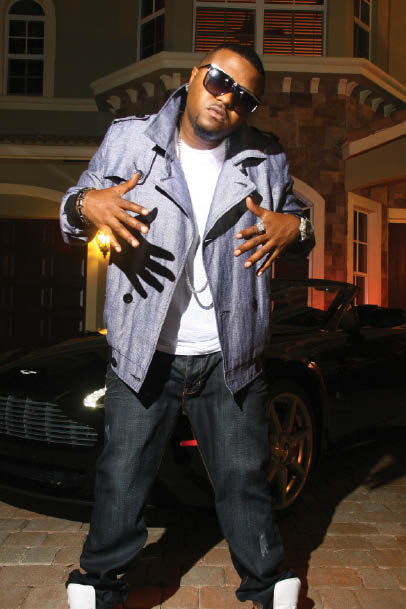 Man first off let me say it’s a pleasure to have you gracing the pages of our magazine. I had a chance to listen to your music and I gotta say its pretty dope.
It’s a pleasure having the opportunity to be blessed enough to be interviewed by the hottest Magazine in my city!

You come from the NY battle scene; I’m a huge fan of freestyle battles and MCs. Who are some of your influences?
Well, I gotta say Jadakiss and the whole D-Block crew when it comes to freestyle battles you already know they go hard!

Did you find it difficult to transition from battling a cat in the street to putting your music on wax?
Yea it’s a whole different ball game. See when you battling it’s more of punchlines and rhyming flows that sounds good. But when it come to making songs, I feel its more of an art b\c you need to develop a concept and build off of catchy hook that the public and fans can relate too.

Why does it seem that some of the better “battle” hardened MCs who do well in freestyle battles don’t do well on a song?
Because it’s hard for them to separate the two. Your average listener/fan can’t really relate to battle rap unless they are going to a battle contest. The Rap game has mad a huge transition over the years. Before Rap consisted of being hard and portrait a lot of pain now it’s more happy fun and dance. So you gotta understand that when it comes to making songs.

How have you been able to avoid this “funk”?
Well, I have always been a writer which I enjoy very much. However, it did take me some years to learn the art of song arrangement. I would say I did had kind of a head start cause I had the luxury of studying Music every since young I was in band and chorus so i guess that gave me my edge also.

You have opened for so many big names in the game, if you had to choose one who was your favorite? Least favorite?
I gotta say Jermaine Dupri… just because I was in Vegas and I was caught by surprise. The DJ played my new single and the crowed response was so great they wanted me to open for JD. But I shut it down and the show was amazing!

What is the largest crowd you’ve been able to perform in front of?
I would have to say in VA when we opened up for Fabolous and Swizz Beatz. The show was outta control. There were probably 3500 people there and again we shut it down!

You have been pretty successful with the ringtone business. I mean over 54,000 downloaded I mean that’s pretty successful is there a difference in making a ringtone track vs. a track for an album?
When I’m making music I seek for greatness I really did not have the ringtones in mind while writing it just kind of happened that way and now “Pockets Full Of Green” is one of the most downloaded ringtones on www.myxer.com/ringtone:586359.

What’s the process to releasing a ringtone track?
I mean if your hook is very catchy then most likely it will do well in ringtone downloads. As far as setting up your ringtone account. Holla at me 954-655-7608 and for a small fee I could hook that up.

Man you’ve had over 500,000 plays for your song “Pockets Full Of Green” which is one of my personal favourites. How does it feel to know that your music has already reached that many people?
Thanks to God! The man upstairs who mad this possible for giving me the energy and the strength as a one man army something like a son to put in an extraordinary amount of grind work in order for me and my camp to reach that many fans

Being a writer/ producer/ artist do you find yourself more critical of your work than say the average person
I’m my biggest critic. I always beat myself up when it comes to any thing I do I strive to achieve greatness and I will not settle for less.

Any tracks you’ve produced that your not featured on that the world should know about?
Just to clear the air I don’t produce tracks. I like to executive produce to give my music that Swazy feel!

You’re currently working on a debut album. What’s the title and when can we pick it up?
My album is called “Hustle Life” but I had to push it back because we recent release the “Hustle Life: The Prequel” mixtape which has been co-signed by music heavyweights like DJ Scream, DJ Drama, DJ Ames (SEA Winner Best Host On A Mixtape), G-Unit’s DJ Epps, DJ Chuck T, DJ Smallz, DJ Nasty, New York’s finest Superstar Jay, Shadyville’s DJ Woogie and Mr. Peter Parker.

What can we expect from your album?
My album depicts me as a solo artist, exploring my options in the field of music. My album is versatile; something for everyone to enjoy. I’m a true hustler at heart and I focus on the grind work that we gotta put in to change. Take your mind off the recession; work hard and change will come. That’s what Swazy Styles and my debut album “Hustle Life” stands for.

What your favorite track you’ve done?
I gotta say my new single it’s called “Hands Up”. It’s a pop record with that Flo Rida and Black Eyed Peas vibe. This track will give my fans a chance to see the other side of Swazy’s world. Also y’all look out for “Solid As Rock” featuring Shifta which is a Caribbean track produced By Haz Sounds and my street record titled “Street Hustler” produced by The Agency.

Any artists/producers that you would like to work with?
I would like to colab with The-Dream, R. Kelly, Kayne of course and Cool & Dre.

As an artist what’s your opinion of the game right now?
The game has changed a lot since the 80’s and 90’s. A lot of artist are lacking originality and tend to make music that all sounds the same and it really takes away for the art of music. Shout out to those artist that continue to make great music such as Jay-Z, Jadakiss, Busta Rhymes, T.I., - just to name a few and big shouts to Black Dada.

If I was to pickup your iPod and turn it on who or what would I hear
Swazy Styles, Jadakiss, Rick Ross and Jay-Z.

Alright so you’ve got your debut album coming out soon but the people wanna hear you right now! Where can they hear?
People can download my “Hustle Life: The Prequel” mixtape at www.blockstarzmusic.com/swazy_styles-hustle_life.php. You should also check my official MySpace at www.myspace.com/swazystyles! The video for my first single “Sounds Like Money” will be released soon so watch out!

Tweet
More in this category: « Broward County All-Stars: Young Nard The One Chadio »
back to top
Current Issue