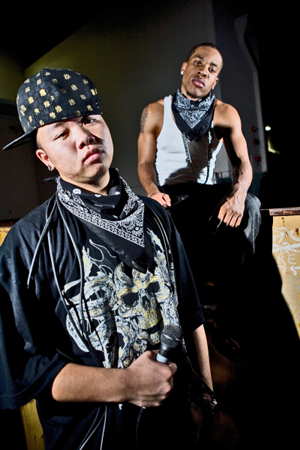 Nine5Four: Thank you guys for doing the interview I really appreciate it...

Nine5Four: That’s what’s up... So how long have you guys been doing music??

Uncut: Years! We started taking this serious 2 years now though as soon as we hit up college

Uncut: D League is the movement. We gonna start with music and spread it out to everything you can think possible and more. D League are trendsetters, motivational speakers, leaders, bosses, etc D League is the future, remember I said that

Demo: well I think that our music focus on every topic. We don’t want to be considered as a particular type of artist because right now, people only know CRUNK artist, SNAP MUSIC artist or gangsta music type artist. D league wants to reach out to EVERYBODY! That’s why we make music for everyone!

Uncut: we gonna be worldwide baby

Nine5Four: So how did you get involved in music? What influences you to do what you do?

Uncut: Surrounded by music all my life with my dad singing and trying to rub it off on me. I don’t sing but I could spit a 16. Also seeing other people do it in high school and thinking we could be better than these people. Plus they were pushing mix-tapes through the hallways so we wanted to make that bread too!

Demo: For me DEMO! I always loved the hip-hop culture and one day after a game of basketball a couple of my PEOPLES including Uncut just wanted to write to THE DAMN beat by Young Bloodz and one of my boys had writers block so I decided hey let me just give it a shot and its been History since then! As far as what really influences me, it is LIFE basically. Whatever or how ever I am feeling at the time. I don’t really know how to express myself other than music

Nine5Four: Gotcha... So you guys just fell into it... Why did you guys decide to become a team??

Uncut: We always chilled together in high school and out so it only made sense plus we did our dirt together so we had the same stories

Demo: yea that’s basically sums up how we got together THATS MY BROTHER FOR LIFE! Shout out to my other brother TRACE he just came home!

Uncut: TRACE is HOME!! D League is in full motion!

Demo: Well the D comes from DYNAMICS that was our name when we first formed the group but we had lots of problems copy writing it so my boy TRACE decided as a nick name to use D LEAGUE because we are still dynamic in what we do a the league is for WE ARE A TEAM!

Demo:D league, we just in a league of our own

Nine5Four: lol... I like that... So what kind of projects is D League working on??

Uncut: We are currently working on another mix-tape with DJ Q BET Rap City. Also the Hernandez brothers (shout out Kreep and J prince). We are also working on different routes to get in the game because our ultimate goal is to get signed so we can continue our money making goals. We will also be at the Ozone awards, BET Hip Hop awards, and other publicity. We are just working on a lot of stuff right now and with everything we do we get more business.

Demo: WE MAKING MOVES!! And shout out to any one on they hustle from the BROWARD COUNTY AREA it’s a movement!

Nine5Four: So you guys are doing some big things... I like to hear that... You guys got any deals on the table yet??

Demo: We talking to a couple people but we’ll see what happens! 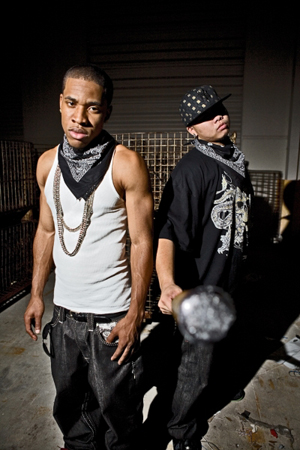 Uncut: Up to the TOP!

Demo: To put BROWARD COUNTY ON THE MAP!

Uncut: Keep movin forward and doing what we doing...our buzz gettin bigger and with that we can do more stuff and advance. More mix-tapes, D League TV, D League radio, D LEAGUE is the future!

Nine5Four: lol... Well that’s my job... Puttin Broward on the Map... But I feel you... It’s time for the takeover... You guys have any upcoming shows or appearances???

Demo: We always on our grind find us at the ROMAIN pub every Thursday, also COCOS on Thursdays, and just out there promoting at the OZONE AWARDS!

Uncut: Yea you can catch us at the ozone throwing our L’s up, BET Hip hop awards, FAU, we going other places like Tampa and some other markets that we have shows booked for.

Nine5Four: Cool... So you guys keep it going... What would you say is your best song and why??

Uncut: Well our best song is yet to come, but we got some singles coming out that might make the fans start choosing for us. Personally I love all our songs, it’s like choosing who you’re best kid is you love them all the same.

Nine5Four: lol... I feel you on that... Which songs have the fans responded to the most?

Demo: well I have a song out its called DEMOS True life and that’s just basically my life from beginning to RIGHT now I’ve gotten a lot of response to that. Another big song is IMA PRO because that song is for anyone hustling to make a profit at what ever they are doing. Uncut has a song out called Died in your arms remix that fans have been BLOWING up his myspace about. So it’s just an all around thing

Nine5Four: That’s what’s up... So who are some your influences in the game right now and why???

Uncut: Jay Z, 50 cent. I Love their business mentality and how they took over the game and turned it into a franchise for themselves, Lil Wayne for his consistency and how he blazes the mix-tape market and making sure you never forget his presence, Juelz Santana also and Jim Jones for their and trendsetting ways. Just how you got people screaming out Dipset all day we gonna have them screaming out D League and we are gonna make our mark in this game as a influential rap group for all communities. Black, White, Asian, Spanish, Down South, Up North and all that good stuff! 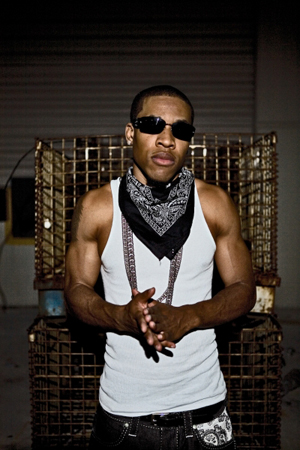 Nine5Four: lol... true true at least you have a game plan so where do you guys see yourselves in 5 to 10 years?

Demo: Making really good business moves and being on top of what ever we are doing. Hopefully at that GRAMMYS STAND thanking everyone who got us here lol.

Uncut: We gonna be bosses, CEO’s, in 5 to 10 years. We gonna be on the cover of Forbes Magazine and be successful in life period. It’s more than music

Nine5Four: Yea... That would be major...What would you say has played a big role in D Leagues overall success???

Demo: I think it’s the music and the GRIND!

Demo: You can have the best talent in the world but without grinding you’re not going anywhere!

Nine5Four: No doubt... So outside of music, what motivates you guys to keep going??

Demo: having families and wanting to take care of them like they did for us

Nine5Four: That’s what I like to hear real go getters... What would you guys say is the most important part of the song creation process, the beat or the lyrics??

Uncut: lyrics but you need to have the whole package.

Demo: Of course the lyrics

Demo: I think the beat is a major part of it but without lyrics the song is NOTHING! Yea you can probably get a single just off of the beat but when fans wait to hear the next song and don’t like the beat then your career is OVER!

Uncut: This is a business so you have to cater to all. The south loves a hot beat and a catchy chorus and the north loves lyrics. If your an artist give them all three. We ain’t ringtone rappers; we are shooting for longevity in this game

Nine5Four: Gotcha.... You guys bring up some valid points. If you could change anything about the rap game, what would it be and why?

Uncut: Album sales, lol. People are burning music not realizing they are stealing from their favorite rapper. Rappers spend money on engineers, beats, studio, duplication, promo and when they try to get their money back fans just burn that shit. That’s why you can’t be a ring-tone rapper. You have to give them reason to like you for them to want to support and actually come out the pocket, not just your catchy chorus. A BAY BAY! And that ain’t a diss either, he got a single out of it, but he needs to show people something different now for them to actually realize him as an artist. With us we want to come off different. First impressions are important

Nine5Four: ok... So I can see you guys have put some thought into this... Good stuff for real... So you guys are really on your hustle trying to do some big things out of Broward, what advice if any would you give to up and coming artist trying to get on your level?

Uncut: Get on your grind!

Demo: basically hustle. What ever u work at u will get and I don’t even think we are on a level higher then anyone because BROWARD is not on the map yet so we are still stuck on this one level so until Broward is on we are all on the same page. I think Broward just has to work together THAT’S how Houston got on.

Uncut: We gonna have a book/dvd in the future called “The D League approach”. Basically it’s gonna be about what we doing now till we get that national spotlight. Like demo said we all on the same platform right now, but u can’t wait for things to come to you. You Gotta be a go getter!

Nine5Four: And that’s exactly what it takes.... Is there anything else you guys would like to add before we end this interview?

Uncut: D League IS the movement! Log on to DLeaguemusik.com and our myspace.com/dleague

Demo: Shout to Broward County and all of our fans around the states just keep supporting and we will be there one day

Demo: YES!!! MY BOY TRACE JUST GOT OUT and we GONNA PARTY

Uncut: Shout out to our sponsors too: Once Upon a Time, BDK, and everybody else that I forgot

Demo: Make sure you check out the myspace for all of the UPDATES to our shows

Uncut: Haha, we could give shout outs all day. NINE5FOUR mag!!!

Uncut: This gotta be the hottest issue ever

Demo: NINE5FOUR ALL DAY EVERYDAY!! And just for giving artist a lil spotlight

Uncut: In a year or two you might have to re-release this issue

Nine5Four: Lol... That’s what’s up... You guys are official... Stay on your grind and get at us... Nine5Four The Magazine THE FACE OF UNSIGNED TALENT. We are doing it big from Florida to the WORLD!!! Much love to D League for making NINE5FOUR HISTORY!!!
Tweet

More in this category: « The 517 Connect Maniac Park Productions »
back to top
Current Issue