Vickey V - The Movement, The The Music and The Life 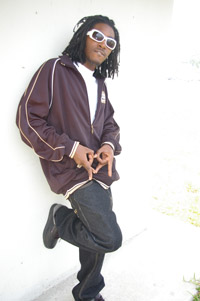 IT’S VICKEY! He screams in the booth as his head bobs to the beat. VickeyBoy, straight from the “DALE” as he put’s it represents a movement. But not like every other movement we have heard about. No. He represents Power, Money, and Property, PMP as it is plainly put. We want Power, Money and Property. That is the goal and that’s what we are going to get. Vickey is a skilled “Lyrical Technician” who makes beats and writes his own stuff daily. He refuses to let things stop him and Nine5Four is privileged to have been able to get the inside scoop on his music, the movement and the life of Vickey B.

Nine5Four: Good afternoon... How are you today Vickey???

VickeyBoy: I’m good how bout ya self fam?


Nine5Four: I am good thanks for asking. Thank you for doing the interview with us. Let's get right to it... How did you get involved with music?

VickeyBoy: it all started when I was 6 years old I always had a love for music growing up I idolized Tupac Shakur and the Notorious B.I.G. My pops use to say it ran in the family because I had relatives in the game way before me but over the years staying in Hollywood Fl I wrote lyrics until the age of 8 10 when I started really taking this rap shit seriously


Nine5Four: No doubt... So what influences you to write what you write??/

VickeyBoy: watching my mom’s struggle to keep a roof over our heads while raising 5 kids I mean it was crazy that’s what really influenced me to write what I write I speak on topics in lyrics what I see in the streets in the hoods I grew up in and how it really is ya dig no fabricating


Nine5Four: Wow so you come from a big family... Are any of your siblings involved in music...???

VickeyBoy: my oldest sister she use to sing and my lil brothers only 6 years old my other sisters are too busy doing them to really be into music but I do have some relatives on my father’s side called the Cornelius brothers I don’t know if you ever heard of them but they sang "working at the car wash" that old school shit lol


Nine5Four: That's what's up... So what is in the radar for Vickey?

VickeyBoy: well right now Vickey's doin his underground thing I’m currently taking the PMP movement to a whole other level I’m dropping project after project and basically doing shows and trying to put Lauderdale on the map in the major way I love my city ya heard I have a album titled "Crowne Vickey" coming soon and look out for PMPTV wee currently filming for it as we speak 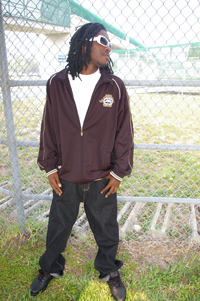 VickeyBoy: its show were doing its basically about the everyday lives of the artist within PMP we out in the streets at the club getting footage how we do "in the dale" niggaz got no idea what it’s about down here but the show has comedy and drama and its very entertaining and highly anticipated

VickeyBoy: the album has no scheduled date at this moment because we have so much going on but if anybody’s interested there will be updates on my MySpace page www.myspace.com/skitrocrew you can reach out to me at anytime


Nine5Four: gotcha... so "Crowne Vic" is the name of the album. Pretty interesting... Are you talking about a car or crowning you??


Nine5Four: Why should we "Crowne Vickey"?

VickeyBoy: why shouldn't you? I mean there’s a lot of booty ass rappers out here claiming they the truth I ain't gone say no names lol but uhhh yea talking bout they the best and all when really they not doing shit ya dig we making moves niggaz is very familiar with Vickey very familiar with PMP I I feel that..... naw fuck that I know that tha hood should Crowne me I’m sincere with mines


Nine5Four: Wow... So you have some serious feelings... Would you care to elaborate???

VickeyBoy: ha naw I wouldn’t want to give niggaz the attention they don’t deserve the streets don’t need to be informed about lame ass rappers but I would like to say one thing ya'll dudes out there need to stop reppin my city sayin that you the best when you not even from here to begin with niggaz that’s not even from Broward talking bout they run Broward talking bout they gone put us on the map be serious man they a bunch of buffoons lol


Nine5Four: lol... I guess that’s where we will leave that... So where do you see yourself in 5 years or so? 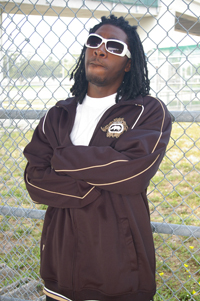 VickeyBoy: lol dreams??? no my good friend expectations my production as far as beats are coming from me and my homie Dirty Mf Boy from PMP as well and I do exclusives with Take 2 and Nick Treble productions yall remember those names they will ring bell

VickeyBoy: it definitely takes mad patience, courage determination and dedication homie this game is cut throat and its bout money now not real talent feel me so it takes much longer to make it then it use to


Nine5Four: Hmm... So what is the next show you will be performing at?

VickeyBoy: I got a jump off at trends but I don’t even know the damn date fucking around with PMPTV we going full time with that even the studios been set aside to work on the show feel me so I might not make it to trends but be sure to look out for power 96 they shall be spending a record for us in the near future


Nine5Four: gotcha... so do you have any final words or advice for any and all upcoming talent, competition, or just plain old thoughts??

VickeyBoy: no competition what so ever but I do have words of advice for upcoming talent don’t ever let anybody discourage you and stop you from chasing your dreams ya dig were the new generation in this rap shit to my young dudes we got to show them that hip hop ain't dead it’s just a new day in age for music feel me let’s get it I hope to see ya'll boys at the top with me shot outs to killa, shot outs to big deal and shot outs to base and everybody else in this rap shits to all my fans and supporters you know what it is 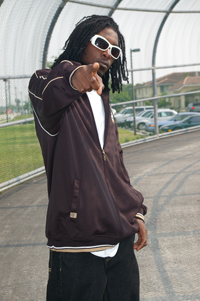 Nine5Four: Cool... Well thanks for the interview and we too are anticipating the album release. From what we heard so far you are on point... Have a great Memorial Day... Later

More in this category: « Mr. 954 Speaks Jimmy Billions »
back to top
Current Issue