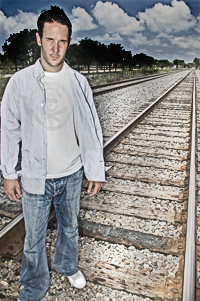 Not many artists today have the flexibility and diversity that this young man does. His drive to write, the passion and the dedication shows throughout his music. From the intro to the outro TL leaves you hooked and wanting more. Nine5Four had the opportunity to sit down and talk with this multi-talented musician and get the inside scoop on what he is doing, where he is headed and what makes this writer and singer push the limits of his music. TL – No Limit….

Nine5Four: Good Evening how are you doing tonight???

TL: it was early for my manager...lol

TL: I've been singing all my life, starting singing in church & sang in school. I got really involved with music in high school, right around my senior year.


Nine5Four: OK... So have you had any professional training??


Nine5Four: lol... Yea I taught myself everything...

And I am a professional


Nine5Four: So no professional training just a voice... A nice one at that... how did you find out you could sing???

TL: That’s a tough question to answer...I guess it just came naturally, I would just sing with other people & it just felt right.

TL: I grew up listening to Boyz II Men, then other influences like D'angelo, Ginuwine, Usher, so it wasn't really rock, I guess that was my introduction to soul & not really the pop genre


Nine5Four: ah... so you are a product of your environment. That's cool. Well your music is good. What is your motivation?

TL: But then again, I don't just consider myself R&B; I know I could write for a rock group or pop artist. I know I have an all around talent for writing & singing & I’m just looking forward to putting that to use for my future career & hopefully I can work with others.

Just what I feel inside of me, I have to do it, and it’s what makes me happy. 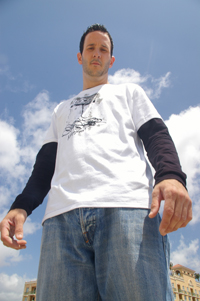 Nine5Four: Ok... So you are a writer as well. How do you come up with your songs? Do you have them pre written before the beat and then make them work or do you write to the beat?

TL: Well, as you've heard, I story tell in my writing. So, I do both, depends on which producer I work with. I've written to beats, but then I also have a journal with lyrics of events that have happened in my life that were worthy enough to write down.


Nine5Four: pretty interesting... So what is happening in TL's world right now???

TL: Besides working 6 days a week, I try to do as much music as I can. I'm working on new songs & just working on trying to grow as an artist track by track, not to have the same sound throughout. I'm also working with my management team in trying to get my name & my music out there because it can't be done alone.


Nine5Four: That’s true... so besides producer have you tried collab's with other artists locally or domestic that is on the grind like you??

TL: I have worked with local artists that are on the grind, such as my friend Danger from Fort Lauderdale, my producers SO & Garrick Moore, but I’m always up for new things. That’s not to say that I wouldn't work with someone that’s not on the grind, but I’ve realized that you can accomplish more if you work with people that have the same goals & are as driven as you are.


Nine5Four: No doubt... So when is the album going to drop for the anxious masses???

TL: As soon as possible, but I don't want to rush it! I don't want to just drop the first 12 tracks that I’ve finished, I would like to record about 20 & then my team & I will sit down & choose which ones we think would suit my first album.

TL: So to answer your question, we will probably be releasing an EP on iTunes within the next 2 months so that people aren't waiting too long to hear something from me. And for the time being, they can always check out my music on my MySpace page...it will keep them up to date. 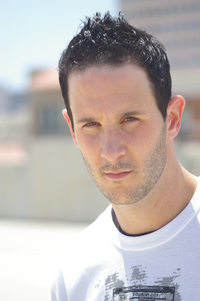 Nine5Four: no doubt.... so what can we expect from the album??


Nine5Four: Ok... so who would you say if any are the influences of your music?

TL: past or present?


Nine5Four: anytime, all the time, and every time???

TL: right now I’ve been pretty much listening to Neyo because he also tells a story when he writes and I relate to that. Also cuz he's the hottest writer in the industry right now. I also am influenced by Usher, Timberlake & on the soul side of things Maxwell, D'angelo, Indie Arie, and Jill Scott. But all the entertainers I listen to draw back to Michael Jackson, the King.


Nine5Four: No doubt no doubt... So how long does it usually take for you to compose a track?

TL: It really depends. My song "Beauty" only took me 15 minutes to write in its entirety. Sometimes it just flows & some songs take longer. Songs are easy to start, but harder to finish.


Nine5Four: lol... so what do you usually do to get prepared to write a song?

TL: There's nothing you really can do to prepare. You're either in the mood to vibe or you're not. Lol


Nine5Four: ok... Well some writers have preparation methods but cool... So what advice could you give to an up and coming singer about the music industry and how to be a part of it??

TL: Don't listen to people that are going to promise you things, start relationships with people you trust. Business is business & friendships are friendships. I was lucky enough to learn this early on which I can credit my success to so far. So, just plan your work & work your plan...it’s tough, so you have to really want it because it doesn't just come to you. And I guess try to set yourself apart because you don't want to blend in.


Nine5Four: No doubt... So are there any final words you would like to say as we close this session??

TL: Just that I’d like to thank you for this opportunity & for all the effort you have put in to this personally. And I just hope that through my style & writing I can bring what the people want to hear & feel.

Keep in touch D. Thanks so much! TL


Nine5Four: Well thank you for allowing us to interview and from what I have heard so far, I know you can bring that sound the people are in search of. Keep up the good work. 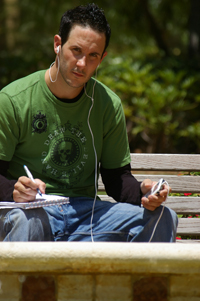 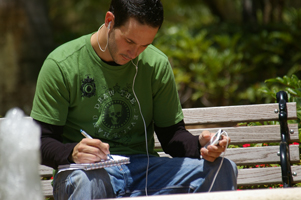 More in this category: « Allyse the "Super Woman" Lafonda - Go Hard or Go Home! »
back to top
Current Issue