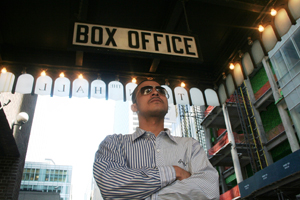 This is the article every unsigned talent needs to read and be informed about. We are putting you up with a young man that has the NYC on lock when it comes to public relations and marketing. He has been consistently referred to by many of today’s most influential business leaders and prominent decision makers as, “a breath of fresh air”. He has gained a wealth of knowledge and contacts throughout the Latino, hip-hop, sports, automotive lifestyle and jewelry markets, just to name a few. By using traditional and non-traditional marketing approaches and exercising the utmost integrity in his professional endeavors, this young man has attained proven success that has catapulted his client’s careers to new heights. He’s worked with some the biggest names in sports and entertainment and he is here to share his knowledge with our readers so that they can get their careers headed in the right direction. He came from struggle but has turned his life around and wants young people everywhere to know that they can do it too. Here is the CEO & Founder of TRu Ink Media “Where The Ink Is Always True!” Mr. Tito Ruiz.

Welcome Tito and thank you for giving us your time.

TR: Thanks for having me.

Give our readers some insight into how you came up.

TR: I consider myself still on the come up (laughs). I would say that me coming up has to do with my diversity and ability to deal with a variety of situations.

How did you come about deciding to start TRu Ink Media?

TR: TRu is an acronym for my name. TRu ink means that we abide by everything we ink on paper. Working in the industry I saw the advantage that I had. Not many people have the ability to have a sense of what is going on in the streets, corporate world, Hispanic market, the hip hop market, basically a keen business sense on various levels.

What services does your company provide?

TR: We provide PR and marketing services to a range of individuals and business, from entertainment, to sports (primarily boxing), to the non-profit sector. That includes acquiring business development opportunities for the clients, magazine placement, media placement, press releases, media training, and composition of press kits.

How does your company differ from other PR (Public Relations) and marketing firms?
TR: We’re willing to take calculated risks that many others won’t take. If were going to do something, we’re going to give it 100% or not do it at all. Honestly, most trends start in the streets and then escalate to corporate America. Street isn’t something most firms can credit themselves with relating to or having any affiliation with.

Tell our aspiring readers how important it is for them to have the proper PR and marketing behind them to get their career’s headed in the right direction.

TR: It’s important for an individual to maximize on as many opportunities available to them. People can’t, rap, play sports, or what have you, forever. TRu Ink focuses on the client’s current success and uses that to direct them towards other outlets so when what they’re doing comes to an end, they have alternatives. Rather than invest money toward their marketing campaign when they get their first lump sum, they’d rather buy a hot car or jewelry. These days you have to have more than one hustle. For example, a lot of managers and promoters in boxing look at their fighters as an investment and could care less about the fighters well being. When the spotlight fades they’re left out in the cold; mainly because they followed the advice given to them that anything else besides boxing was unimportant.

What qualities does TRu Ink Media look for in a prospective client?

TR: Self-driven, motivated clients who are serious about their careers; individuals or businesses that understand the value of what’s being presented to them and appreciate the results of hard work.

Give me a few names of clients that you have worked with in the past? 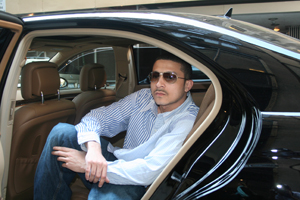 I understand that you have a certification in diamonds. Explain what that really means.

TR: Being a certified demonologist means that you have a full understanding of the four C’s (Color, clarity, carat weight, cut) along with the ability to articulately market and sell diamond jewelry. It’s very similar to being a diamond grader.

You are also a chief contributor to DUB Magazine. Tell us about that experience and who have you featured in your articles?

TR: DUB is the original automotive lifestyle magazine, which features celebrities and their vehicles; however, the stories don’t just focus on the cars, but take a look into the lives of the people behind the whips. I’ve written cover stories on Floyd Mayweather Jr., Ronald “Winky” Wright, Lil’ Jon, Young Jeezy, Mobb Deep, Chris Brown, Chamillionaire, T.I. I’ve also done features on people like DJ Envy, Jason Terry of the Dallas Mavericks, James Cruz (the VP of Violator Records and Management) a few automotive shops, and fashion spreads. I also facilitate photo shoots from time to time and pitch stories as well.

And you created a new monthly jewelry spread in the magazine also correct?

TR: Right. It’s called Shine. Starting in the July issue it’ll be a monthly reoccurring column, featuring celebrities, their jewelers, new pieces, CEO’s of companies. For the most part I handle the photography for the section, conduct the interviews and write the stories.

Talk to me about promoting the yearly DUB Magazine National Car Show and Concert Tour. That has to be banana’s to work on.

TR: The DUB Show travels to every major city throughout the country for seven months out of the year. The whole team over there puts a lot of work into it. I’ve been able to work with the promotions team in a couple of cities. People’s reaction to the DUB van rolling on 26-inch TIS wheels is crazy. Honestly, I didn’t realize the effect that DUB had on the public until I started assisting with the street and club promotions down south last year. I live in New York and the DUB show has a great turn out, but DUB has the south on lock. 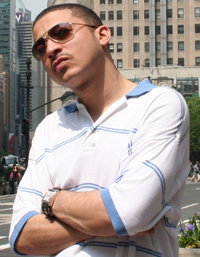 What has been the high point of your career thus far?

TR: Just working with some of the most talented and innovative minds in sports and entertainment and learning from them.

What was the low point?

TR: Well, I believe that everything that happens in life is a learning experience. Low points come and go but at the end of the day, you have to shake it off and keep it moving.

Who do you have right now on the TRu Ink Media client roster?

I have KR3T’S (dance company), which was recently a part of the new Apple Ipod advertising campaign. I work with Graviti Filmz. I’m working with heavyweight contender, Ronnie “The Rotweiler” Kerner, whose reality series and movie is set to hit a major network in the very near future. I’m also slated to handle the in-house publicity for a very reputable Independent music & ring tone Distribution Company, but that’s in talks right now.

Talk to me about this great work you are doing for these young people in New York City called KR3TS.

TR: KR3TS is the longest running hip hop dance company based in Spanish Harlem. I’ve created press releases for the organization, newsletters, web content, taken them to MTV’s TRL, assisted with the marketing of their annual fundraiser. What amazes me about the organization is that of the thousands of kids who’ve participated in the program throughout the years, not one has ended up in jail, dead or pregnant, while being a member. That’s not something you hear about everyday.

I read a quote which stated that you are well-respected for being a pioneer of hip hop/boxing journalism. Explain that statement.

TR: Yes. Boxing and hip hop have been intertwined for quite some time, dating back to when LL came out with, “Mama Said Knock You Out!” I’m not claiming to be an all-time boxing guru, although it was the sport of choice in my household. But I credit myself with being the first to bring fight coverage as well as fight photos to sites like Vibe.com and Allhiphop.com. A lot of the executives and promoters want to reach out to “the urban market” but, don’t know how to get to the audience. Or they don’t care to. But in all actuality that’s the market they need to reach out to the most.

Have you worked on any big fights? If so which ones?

TR: Most recently I handled the PR for an amateur boxing event in the Southside of Jamaica, Queens billed, “The Bell Still Rings.” It was a tribute to 23-year-old Sean Bell from Jamaica, Queens, who was gunned down in a hail of 50 bullets by the NYPD in November of 2006, hours before he was supposed to get married. One of the major fights I also covered was Mayweather vs. Judah for Vibe.com and Allhiphop.com. It was one of the biggest fights of the decade.

Since you are a fan of the “sweet science”, give me your Top 5 fighters of all time.

What about your Top 5 hip-hop artist of all time?

What advice would you give those looking to pursue a career in PR and marketing?

TR: I would say that contacts and relationships are everything. Have a positive attitude and try not to burn any bridges because you never know when you’re going to need or come across someone later on down the line. They say the people you meet on your way up are the same ones you see on your way down. Also, read as much as you can about the field. Stay informed. Always read.

Do you have any final words for our readers?

TR: Always stay humble. I believe that anything you put your mind to is attainable as long as you go about it the right way.

How can our talented and aspiring readers get put on with TRu Ink Media?

TR: They can always email me at This email address is being protected from spambots. You need JavaScript enabled to view it.. I’m on myspace at www.myspace.com/alwaystruink. And coming soon www.truinkmedia.com. 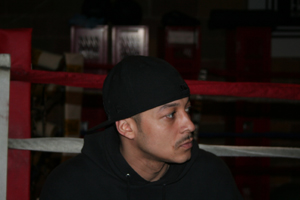 More in this category: « The G Inc. WILIAM BOSTON: THE CLOTHES MAKE THE MAN »
back to top
Current Issue