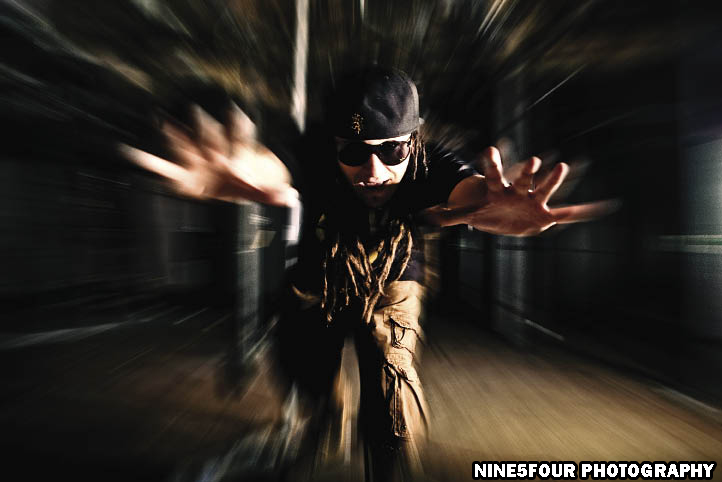 "Whatever I do I try to do it big, once I do it big, I figure out how I can do it Bigger. I’ve hit news stories from Anna Nicole and OJ Simpson to American Idol. Recently, I jumped in the Tropical Storm Fay broadcast. If they think they can come to Lauderdale without me shinin they’re crazy."

DAWNdada: Hi LyriKILL, thanks for taking the time out of your busy life to sit with me and do this interview. I have to admit I am a fan. Your music is fun.

Lyrikill: No Problem. Thank You.

DAWNdada: I normally do not start an interview with such corny questions, BUT I really want to know what is your real name?

DAWNdada: SURE! Ok Mr. Fritz Jean Pierre, what is your nationality?

Lyrikill: Both my parents are Haitian. My original rap name was Haitian blanc. In 2005, I found out they were lying to me. It tore me apart.  My dad is Jewish my mom is Scandinavian which makes me white.

DAWNdada: LOL. Besides Haiti, where were you born?

Lyrikill: behind Wendy’s at Hollywood memorial on the fif flo

DAWNdada: Fo Sho!!! Where were you raised?

DAWNdada: So basically South Florida!! Where do you currently reside?

DAWNdada: How did you come up with your rap name (Lyrikill)??

Lyrikill: I use to rap real fast in high school at Stranahan and they said I sounded like a machine gun and I also wanted something that sounded similar to Lauderdale so it became Lyrikill. But now as a result of my neon sign it has evolved to lyrikill.com. 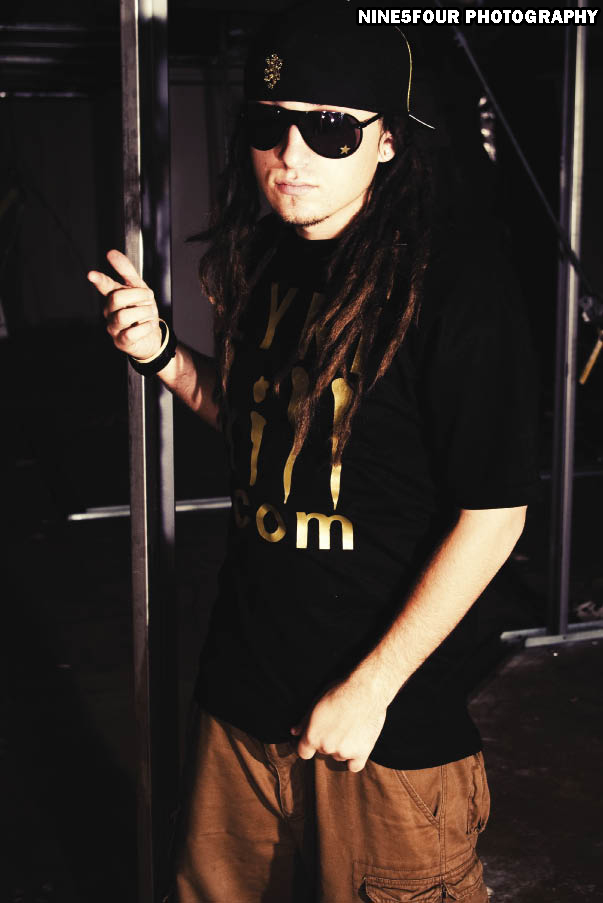 DAWNdada: The infamous neon sign, the first time I ever saw you, I was covering a show for P Dot & The BPC at Laguna Beach Night Club, I saw you & you were wearing a Neon Necklace that said LYRIKILL.COM over in VIP with Eddie Mixx (power96) & I thought “who is that”? LOL Then I went to Lyrikill.com & heard your hooptee song. I loved it. You are so funny. SO, Do you really drive a hooptee???

Lyrikill: When I am trying to lay low, or hide from the paparazzi

DAWNdada: If you’re trying to lay low you’re doing a horrible job, LOL. I have seen you everywhere!!! I have seen your flyers on billboards, street signs, even @ McDonalds, I have seen you with your Neon Necklace, and Picket Signs at every VIP, or concert event, I have even been shopping at Brandsmart and seen your video for hooptee on the big screen, but the all time best was when I was watching the Channel 7 news catching up on my daily Anna Nicole Smith coverage when I see you and your signs on the news in the background.LOL. I don’t think you run from the paparazzi you run to it. LOL. Where do you get these crazy ideas from??

Lyrikill: There all divinely inspired. Whatever I do I try to do it big, once I do it big, I figure out how I can do it Bigger. I’ve hit news stories from Anna Nicole and OJ Simpson to American Idol. Recently, I jumped in the Tropical Storm Fay broadcast. If they think they can come to Lauderdale without me shinin they’re crazy. Check them out @ Lyrikill.com

DAWNdada: How long have you been grinding?

Lyrikill: Well… I’ve been grindin since I was little but my dentist told me to stop cuz its f*ckin up my molars.

DAWNdada: LOL, I always get the jokesters. Let me try this again… How long have you been in the music industry?

Lyrikill: LOL. I started rapping in HS. I got into production cuz I could never find any beats that fit my style. I ended up teaching myself how to make beats & produce music. My 1st commercially released song was “You done messed up” in 2006. But I been writing and doing music for years.

DAWNdada: Wow, that’s truly impressive. You do it all. It’s a tough industry. Do you ever just get tired and want to give up?

Lyrikill: I don’t know what else to do but hustle.  I used to sell cds in Ziplocs with my music for a dollar outside club 84 in Lauderdale and all over Florida. Sometimes quitting pops up for a milli a miili second and then I kill the thought. Plus I have fans texting me all day showing love so I can’t 754.234.7514. I’ve been receiving requests to produce for other artists for years but I am now starting to venture into that field of the music industry. So anyone listening can halla at me if you need anything.

DAWNdada: Good answer. As a white dude do you feel it’s harder to make it in this industry?

Lyrikill: Nothin is hard for me.

DAWNdada: True. Do you feel Eminem set the bar to high for white rappers?

Lyrikill: I am not a high jumper. (Laughing). I am an artist. Jay Z did Jay Z. EM did EM. LYRIKILL will do Lyrikill. I appreciate everyone who paved the way for hip hop without them I wouldn’t be doing what I’m doing.

DAWNdada: Another for my interest only question: What made you want to get dreads?

Lyrikill: rap music. It’s infecting all the youth its all raps fault!  Blame everything on rap. LOL

DAWNdada: 2 points for Rap Music because they look FRESH!!! LOL Who has influenced you in the rap game?

DAWNdada: Ok I don’t know who they are but who in this industry are you compared to a lot??

Lyrikill: I am compared to the best but I have my own sound. Ask the people they will vouch

DAWNdada: What’s in your IPOD?

Lyrikill: beats that I’m writing to 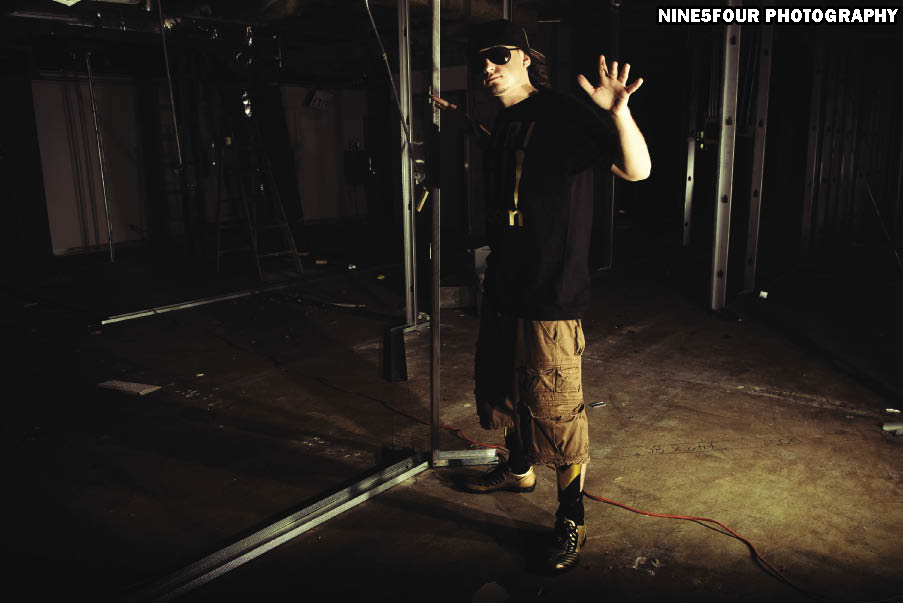 DAWNdada: Who are some producers you have worked with recently?

Lyrikill: All the songs you have heard I produced but I work with a lot of people whether it is just advise or collaborations from cp Hollywood to blackout to db productions.

DAWNdada: Who are some artists & producers you want to work with in the future?

Lyrikill: G Inc, Laz, Diaz Brothers, Pitbull everybody down here first then I will branch but whatever happens happens I just go with the flow.

DAWNdada: What’s the name of your album?

DAWNdada: I know. What are the names of your singles?

Lyrikill: I had a lot of songs underground “hey you”, “got what you need”, “without a reason” “you weak” and more.  commercially “you done messed up”, “I love my hooptee”, “u cant wu tang” and “all different colors”. I have a bunch of unreleased tracks.

DAWNdada: You have 2 music videos out right now, correct?

Lyrikill: I have put out 2 music videos but I still have a couple that I’m waiting to release.

DAWNdada: the concepts for Hooptee is great, who directed it?

Lyrikill: The concept for hooptee was obvious but me and Loyalty Films directed it.  All different colors was directed by me, dna videos and metronohm.  We hired a couple different production teams this time around. We shot it at Club 112 aka Crazyhorse, and Dinosaur Rims on Dixie in Lauderdale. 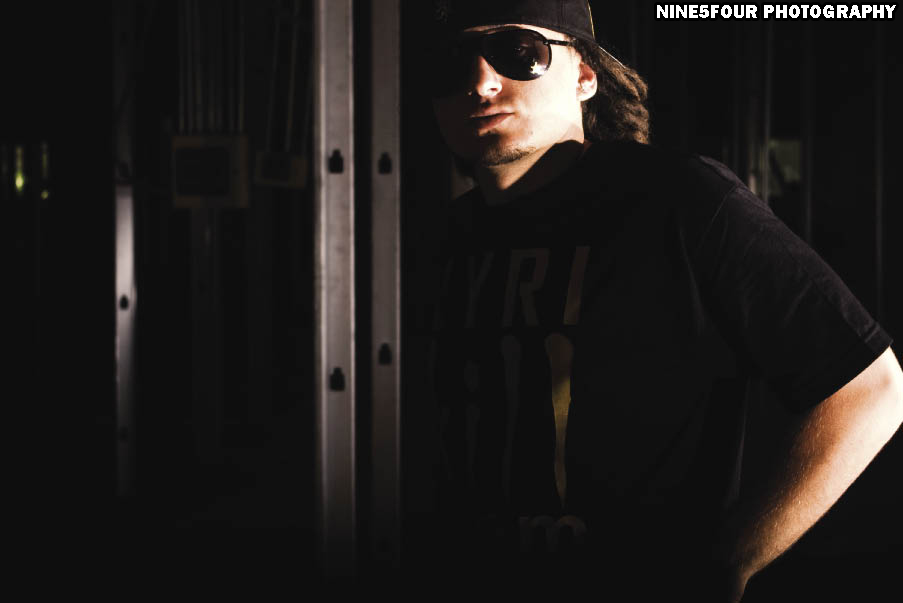 DAWNdada: Any other talents besides rapping & producing??

DAWNdada: Wow I’m impressed. Did you always want to be a Dope Rapper?

Lyrikill: I think everyone wants to be the best at whatever they do. And not even necessarily the best but the best you can be. I do what I feel and hope people appreciate that. I always want to get better. I can rap but can I song write like Neyo. I make beats but can I produce like Stargate? Some people don’t even know who they are. Google it. I do research. I have a lot to learn. Some say I’m cocky and try to do everything myself but that’s just because I had to earlier. Those who know me know I am humble. I tried sitting back and waiting nothing happened. If you wanna work lets get it. 754.234.7514

DAWNdada: Where do you hope to see yourself in 5 years?

Lyrikill: Wherever I’m supposed to be. All I can to do is put in 100% after that it’s not in my hands. But trust me ima do my part and even more.

DAWNdada: I am sure you will make it with your drive and stamina. Besides me, who have been your biggest supporters?

Lyrikill: There are so many from the djs, promoters and pd’s to the engineers, artists and producers. But mainly the fans they keep me going. They come up and ask for pictures, rides in my hooptee and autographs. 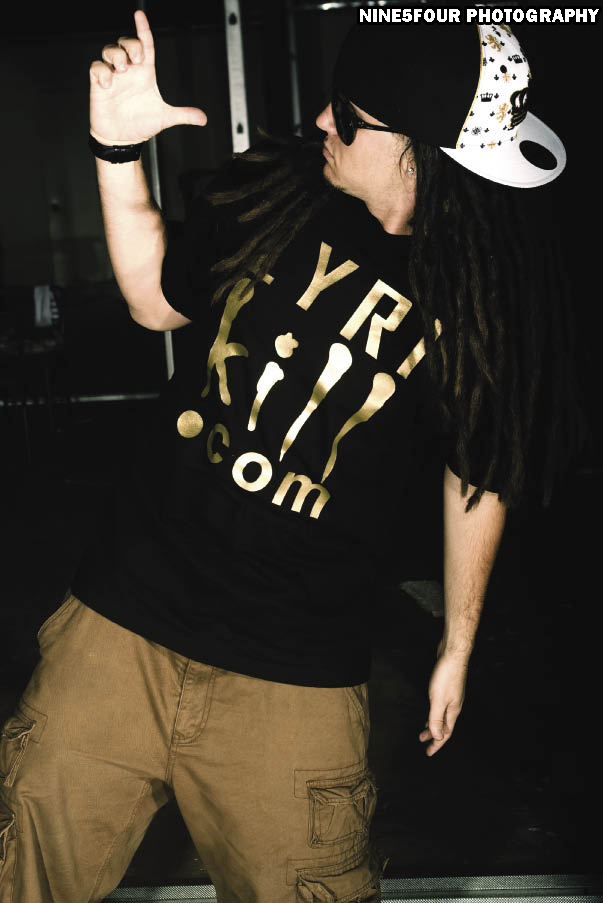 DAWNdada: Can I have your autograph?

DAWNdada: Thanks, but seriously all joking aside… What’s your current thought of the hip hop game today?

Lyrikill: I think it is evolving but never was it dead. It was just in a cacoon waiting to evolve and change its sound.

DAWNdada: Where can people find you & your music?

Lyrikill: www.myspace.com/lyrikilldotcom, lyrikill.com, or call/text me (754)2347514. Call after 9. Text me all day I have that unlimited plan T-Mobile is gonna hate me. That or hire me if they are smart.

DAWNdada: Any upcoming shows or events on you schedule?

Lyrikill: I have a bunch text me and I’ll let you know everything going on with Lyrikill.

DAWNdada: Any shot outs you want to give before we end this show?

DAWNdada: LOL. It has been a true pleasure getting to know more about you Lyrikill.com. I look forward to seeing you blow. Thanks again for your time. Peace, Love & Light!!!

Lyrikill: Thank you for the opportunity. Bless

Tweet
More in this category: « Broward County All-stars Video P. Dot And The Back Pack Clik »
back to top
Current Issue