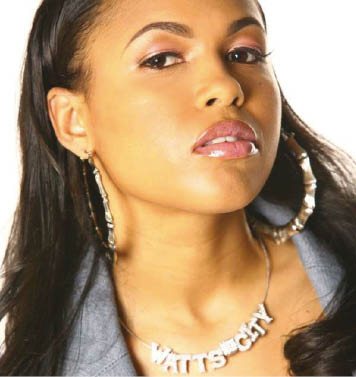 Some have compared this young female rapper to Foxy Brown with a twist of Missy Elliot. That is some heavy weight to carry when you are new on the scene. But it also says that you are doing something definitely right that could potentially make you a household name right out of the box. But don’t think for one minute that the baton will be passed without true dedication and hard work. And this native of Watts, California that goes by the name of Kanary Diamonds knows all to well that success is not given…it’s earned. She is a wildly attractive young lady that upon first glance, you would never know that she could spit a HOT 16 on you at the drop of a dime. Her legend continues to grow due to her super sex appeal, high-energy performances and a lyrical wizardry that will give most guys a run for their money. She is known to wreck shows wherever she goes, leaving crowds begging for more. Many well known artists have sought out her talent and her music has been used in a variety of mediums. This young lady stays on her grind in order to perfect her skill so that one day she will be mentioned along side the greats of Hip Hop, both men and women. Here is your chance to find out more about this rare commodity that we all will want to get our hands on. I introduce to you, Hip Hop’s new female crown jewel, Miss Kanary Diamonds.

What was it like growing up in Watts?
Kanary Diamonds - It was cool! You can’t miss what you never had so I didn’t realize I didn’t have much until high school. I love the way I grew up because it made me who I am. I can appreciate the small things in life!

When did you realize you wanted to be a rap star?
Kanary Diamonds - Well I’ve always wanted to be a star. I first started acting so I thought I was going be a big movie star, then dancing, singing, and writing poetry! However I realized I wanted to rap when I was in a girl group, that’s when I fell in love with hip hop/rapping.

How did your name come about?
Kanary Diamonds - Well because of its popularity, people really don’t know that the canary diamond is a very rare diamond. Only 1 percent of diamonds that are mined are certified canary diamonds. I consider myself the rarest female MC, therefore I AM A CANARY DIAMOND! I’m not just a rapper, I’m a complete all around entertainer!

In your bio, you listed several male artists that greatly influenced you in the rap game. Were there any females that inspired you?
Kanary Diamonds – Yes, my big sis Yo Yo, Lauryn Hill, Missy, Lil Kim, Eve, but most of all Queen Latifah. She took her shot and ran with it. She does it all and she’s someone I really admire.
Do you find it tough trying to break through in the industry as a female rap artist? Explain why.
Kanary Diamonds - Yes! It’s very difficult for women to earn respect in this industry, also female MC don’t support each other and there’s no unity between us. 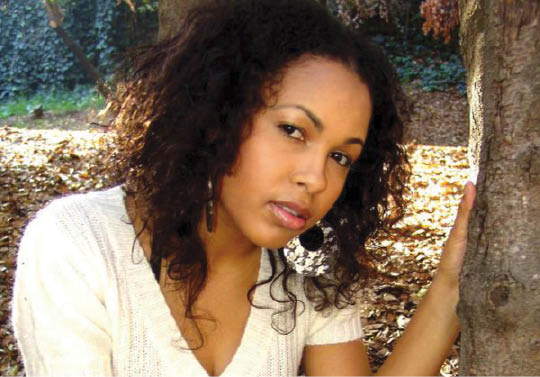 What separates you from the rest of the lady lyricists?
Kanary Diamonds - Hmmm, what separates me, well I am an all around complete entertainer. I bring my professional dancing experience to my performances. Please let me make it clear, professional dancing does NOT mean that I strip! That statement has been confused in the pass, lol. But most of all, I’m just doing me.

Where do you draw inspiration from when writing your lyrics?
Kanary Diamonds - A little bit of everything and everywhere, it’s weird because anything can inspire me when I least expect it. Sometimes I’m not looking for it and I can see a tree blowing a certain way or even a chair and it will inspire me.

I’ve heard that your performances are known to shut down joints. Describe to me how a Kanary Diamonds performance goes down.
Kanary Diamonds - OH Yes I got the show game on lock! Lol. It’s high energy, demands your attention, leaves you breathless and wanting more! Lol.

You are sporting over 2 million profile views on your Myspace page. What do you attribute this staggering number to?
Kanary Diamonds - My fanz! I have wonderful fanz! They support me to the fullest. I attribute it all to my fanz and my hard work.

Your music is all over the place. Let’s start with Film & TV. What shows have you contributed your music to?
Kanary Diamonds - Kimora “Life In The Fab Lane”, CSI Miami, Making The Band, Like Mike 2, The Bad Girls Club, Waist Deep, Codename The Cleaner just to name a few.

You also have music on the “Waist Deep” soundtrack…correct?
Kanary Diamonds - Yeah, It’s a song called “I’m Bout A Dolla” with Glasses Malone, Kam, and myself.

Tell me about the song you have featuring Tatiana Ali. Is this the same “Lil Ashley” from the Fresh Prince of Bel Aire? How did you ladies hook up?
Kanary Diamonds - Yes lol. The name of the song is “Candy girl” produced by Duane “DaRock” Ramos. It was released on a reggaeton compilation called “Puro Fuego”. The producer basically hooked that up.

Some big names have featured you on their projects. Who were they and how was it working with them?
Kanary Diamonds - I’ve been on Mack 10 and Chingy’s albums. It was real nice. I was excited, they both are real cool people.

How did you get the gig to open for the legendary KRS1 and what was that experience like?
Kanary Diamonds - I met him through a producer I work with “DaRock”. We met and just hit it off so he invited me to come open for him. Wow, it was great just being on stage with him, truly amazing! I was thinking to myself, “this is really happening, no you are not dreaming!” lol. It was a great experience. He is such a great down to earth person.

Speaking of radio, give me the 411 on your new radio show called “K’Spot”.
Kanary Diamonds – It is a online radio show that highlights unsigned or undiscoverd talent, giving them a chance to be heard. It’s a great high energy show that everyone can enjoy. You can check it out at myspace.com/kanarydiamondsradio .

How do you relax when you need a break from this busy life of yours?
Kanary Diamonds - I honestly don’t take breaks lol. This is a 24 hour job. But I try to spend my free time with my family and friends which helps release the stress. Lol.

With everything you have done thus far, there’s no way major record labels haven’t been chasing you down. Who’s been knocking on your door?
Kanary Diamonds - I have a couple offers right now but I don’t want to speak too soon. I’ll definitely let the world know very soon.

Do you have an album dropping soon?
Kanary Diamonds - Yes, I have a digital album called “I’m Killin’em” available at www.Walmart.com and a few other online retailers.

What are your career goals?
Kanary Diamonds - I have a lot. They roll in by the minute, but the basics are to be a multi platinum artist and hold the music game down. I want to do it all; acting, producing, directing, and I want my own label. I want to become a household name and break records!

Its official fellas, the ladies are on their grind too so you better step your game up. I wish you much success in your career. Do you have any final words?
Kanary Diamonds – Yes, first thank you so much for this opportunity. Also I want to thank all my fanz, supporters and everyone who believes in me, my management and everyone who has given me a chance. Shout outs to my fam and friends, luv u guys! Check out my page and my upcoming events! Kisses.